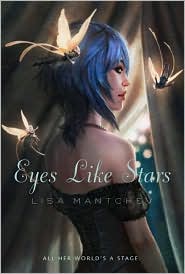 Publication date: July 7, 2009
Tags: middle grade, YA, magic, theatre
Rating: 4.5 out of 5
Summary
For all her life, Beatrice Shakespeare Smith—her friends call her Bertie—has lived in the Theatre, a magical and entrancing place filled with every character ever written in a play, who are all controlled by The Book. Bertie is content there, but her happiness is about to come to an end when the Theater Manager threatens to throw her out of the Theatre for being so destructive. She has only one chance to stay: she must make an invaluable contribution to the Theatre.
But kind of invaluable contribution can she, an ordinary girl, make to the majestic Theatre? More than she thinks. As Bertie begins to understand the extent of her writing powers, Ariel, a dazzlingly persuasive spirit from the play The Tempest, sets out to gain his freedom by wrecking the The Book and the Theatre. Bertie will have to set aside her self-doubts if she intends to save the Theatre and unravel the mystery of her past.
Review
At first I thought, wow, Bertie is really immature for a 17-year-old. Then I thought, her four constant fairy companions are annoying. And then, before I knew what had happened, I was sucked into Bertie’s romantic, enthralling, sexy, and fun world and never wanted to leave. Lisa Mantchev displays enormous range with her writing: she manages to capture the ridiculousness of some characters’ behaviors (such as the fairies’ bickering and childlike desires) as well as paint beautiful, romantic passages to give Ariel that dangerously desirable edge. As a result, readers of all age can engage with this story.
Bertie is no ordinary protagonist. She may get into heaps of trouble, but her heart is pure, and that’s why she has so many friends who willingly help her accomplish her goals. She’s not afraid to speak her mind or flash her fists if necessary, and yet she still manages to look at the world with wonder and a bit of vulnerability. If you don’t want to BE Bertie in a book, then I don’t know what’s wrong with you. Who doesn’t want to be a kick-butt female character?
As mentioned earlier, Lisa Mantchev uses such descriptive language for Ariel that you can’t help but fall in love with him, despite his questionable ethics. It’s not difficult to understand the attraction between him and Bertie, even if the romance is the tiniest bit rushed at the end.
Outstanding characterization doesn’t just stop at the main characters, however. For such tiny creatures, each one of the fairies manages to have his or her own personality, a feat that has me smiling wide. Lisa Mantchev turns Shakespeare on his head and gives important heroic action to often overlooked characters.
Not just Shakespeare fans will appreciate the new theatrical world that sets the stage for EYES LIKE STARS. And at the end of the book you’ll have no choice but to stand up and chant, “Sequel, sequel, sequel!”
Similar Authors
Francesca Lia Block
Aimee Friedman
Holly Black
Writing: 5/5
Characters: 5/5
Plot: 4/5
Overall Rating: 4.5 out of 5
Cover discussion: 4.5 out of 5 - Bee-yoo-ti-ful! I'm always a sucker for hand-drawn covers that work, and even though I didn't picture Bertie like that, I'm still impressed. The cover author for this book also did the cover art for the UK version of The Hunger Games, so he's definitely someone to watch out for!
Posted by Steph Su at 5:46 PM