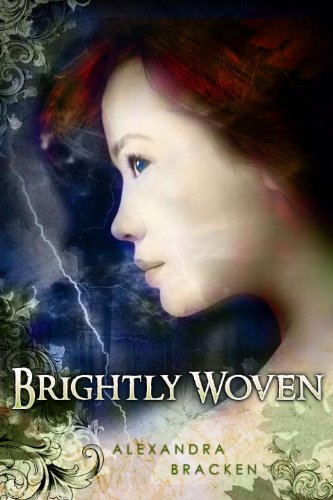 Sydelle Mirabil is living proof that, with a single drop of rain, a life can be changed forever. Tucked away in the farthest reaches of the kingdom, her dusty village has suffered under the weight of a strangely persistent drought. That is, of course, until a wizard wanders into town and brings the rain with him.


In return for this gift, Wayland North is offered any reward he desires—and no one is more surprised than Sydelle when, without any explanation, he chooses her. Taken from her home, Sydelle hardly needs encouragement to find reasons to dislike North. He drinks too much and bathes too little, and if that isn’t enough to drive her to madness, North rarely even uses the magic he takes such pride in possessing. Yet, it’s not long before she realizes there’s something strange about the wizard, who is as fiercely protective of her as he is secretive about a curse that turns his limbs a sinister shade of black and leaves him breathless with agony. Unfortunately, there is never a chance for her to seek answers.


Along with the strangely powerful quakes and storms that trace their path across the kingdom, other wizards begin to take an inexplicable interest in her as well, resulting in a series of deadly duels. Against a backdrop of war and uncertainty, Sydelle is faced with the growing awareness that these events aren’t as random as she had believed—that no curse, not even that of Wayland North, is quite as terrible as the one she herself may carry. [summary from Goodreads]

This is probably the best synopsis of an upcoming book that I've read in WEEKS. A troubled wizard, a heroine with unknown qualities that put her at the center of unwanted attention, a tempestuous (no pun intended) relationship. It's bringing back the good old-fashioned fantasy romance, and I am dying--dyyyyingggg--to read this book!

Oh, and plus, it's being published by EgmontUSA, who have yet to publish anything bad. So yeah. There you go. :)