I had the fortune of being asked to be on a mini-blog tour for debut author Kody Keplinger, the 19-year-old wunderkind who wrote The DUFF, a sexy contemporary novel that I loved. Kody has graciously agreed to answer a few questions, which is SO SUPER COOL. Read on, fellow or soon-to-be adoring fans, to learn a bit more about Kody and The DUFF!

1. Some people have expressed concerns that the cover model is too pretty to be Bianca. However, I like the fact that being a Duff is very subjective, so that Bianca could actually be pretty in her own way. Who might play Bianca in a movie version of your book? Who would play Wesley?

That said, I do definitely have images of how Bianca might be cast. My instinct is automatically Ellen Page. She really captures the look I imagined, especially in Juno. But I also think that Mae Whitman would be a good choice. 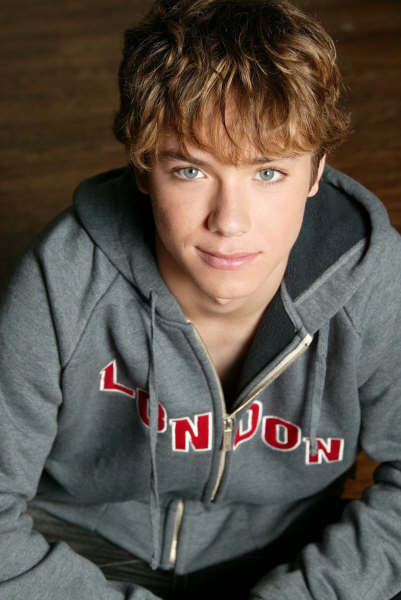 As for Wesley . . . that’s much harder. I’d say a combo between Steven Strait and Ed Westwick. But I also think Jeremy Sumpter (Friday Night Lights) has the look down.

2. What's the most memorable thing that someone has said to you after reading THE DUFF?

Haha. OH, there have been a few memorable comments. However, an online friend of mine, Dan Krokos (yeah, I’m dropping his name because he’s said this PUBLICLY too) told me that Wesley made him question his sexuality because he was so in love with him. To me, having a male say that, was a HUGE compliment. I kind of wanted it as a blurb on the back of the book!

3. You are now a college student at Ithaca. Do your college friends know that you're a published author? What are some reactions that classmates (or professors) have when they find out you've published a book?

Most of my friends and teachers do know about THE DUFF being published. Most are pretty excited but don’t make a huge deal out of it because they don’t want to embarrass me. But they’ve all be so supportive and helpful. One of my professors this semester has already talked to the bookstore on campus about setting up a display since I’m still a student. So most people are really cool about it.

4. What are three things you can't live without?

My laptop, my collection of converse tennis shoes, and my books. 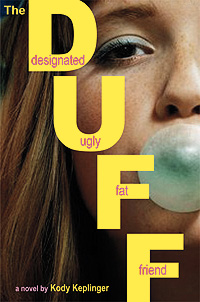 5. THE DUFF contains a lot of sex, something that conservative readers might have a problem with. The last week of September also happens to be Banned Books Week. What would you say to readers who wish to challenge the sexual explicitness in your novel?

As a young reader, I was very much inspired by Judy Blume because she told the truth. She talked about things that I was going through and made me realize that I wasn’t so abnormal. I didn’t know then that she was considered controversial, and I think that she is the biggest reason I write the way I do.

I set out to write an honest book. The honest truth is, some teenagers have sex. Not all of them do – believe me, I know, because I didn’t in high school – but some teenagers do. Bianca happens to be one of those teenagers, and her sexual experience plays a big part of her journey to accepting her body image. I did not write the sex scenes just to be “edgy” and I don’t think that they are that explicit. I just wanted to write the truth.

HOORAY for telling the truth in YA lit! Thanks so much, Kody, for stopping by my blog today! If you haven't yet checked out THE DUFF yet... uh, what are you waiting for? It was one of the boldest and sexiest books I've read this year.
Posted by Steph Su at 10:00 AM