Yesterday I shared with you my review of NOTHING LIKE YOU, a debut novel that I loved for its succinct writing and heartwrenching characterization. Today I am so happy to share with you an interview with NLY's author, the super cool Lauren Strasnick! Read on to find out her thoughts about NLY, rare tidbits about her upcoming novel, and discover her sense of humor.

1. In an interview at Teens Read Too last year you mentioned that the initial spark of inspiration for NOTHING LIKE YOU came from Billy Joel's song "Vienna." I love that song to pieces, so I wanted to ask: could you elaborate on how that song inspired NLY? 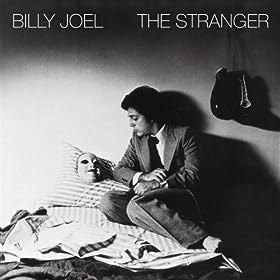 I love that you love that song! It’s an absolute favorite of mine, and right around the time I started gathering bits and pieces of ideas for NOTHING LIKE YOU, I was in my car listening to “Vienna”, and Holly’s character just sort of solidified in my head. It’s the lyrics: “Slow down, you crazy child/You’re so ambitious for a juvenile/But then if you’re so smart, tell me/Why are you still so afraid?” And: “Slow down, you’re doing fine/You can’t be everything you want to be/Before your time.” I just had this vision of an itchy teen – someone seriously impatient for adult experiences. Holly has death hovering over her head – her mom’s just died and it’s the first time she’s ever really faced her own mortality. She’s eager to feel everything she can possibly feel because who knows if she’ll wake up tomorrow? Misguided thinking that leads her down the path of Paul Bennett…

2. What parts of Holly's personality are similar to yours?

I totally identify with her massive fear of death. That yearning to experience anything and everything right now, because what if what if what if? Holly, though, is way more willing to fail – and way more destructive than I could ever be. Which, weirdly, I sort of admire. I’m interested in characters that are brave enough to make major mistakes. Also, Holly’s a boy’s girl: Nils, Paul, Jeff. Even the dog is a dude. I’m kind of a girl’s girl.

3. I admire Holly for the same reason too. Now, both of your books so far have unconventional "love triangles." What motivates you to write about teen romance situations that many people would consider difficult or even controversial?

Oh gosh, you know, I’m really interested in messiness. I like to write about the grey stuff – pieces of relationships that don’t fit into categories or neat little boxes. That’s the stuff that excites me. I like thinking about why people choose who they choose -- why a character might end up in a precarious situation – what got them there, what keeps them there, etc. Also, not that the stable/happy/normal union doesn’t exist – but I think in real life (unless you’re totally skimming the surface with your friends and significant others) most relationships have their odd moments.

4. What is the most unusual job you've ever had? What job helped you most as a writer?

I’ve worked a billion different jobs over the years (I’ve temped, worked in restaurants, worked retail, worked in casting… I spent 8 years in TV as an assistant to writers and writing producers...) no matter the job, it was always the people that inspired me most. The crazies AND the lovelies. ☺ It’s the one thing I miss now, working from home. Where are all my awesome/evil co-workers?

5. How did you react when you found out NLY had been nominated for a RITA award?

Well, I was an oblivious idiot and was like, “Yay! What’s the RITA award?!” My initial reaction being a mix of shock, delight, and confusion! Of course, I got a crash course in all things Romance this summer at the RWA conference in Orlando. I met so many incredible writers that week! RWA really is a fantastic organization.

6. Tell us some things that we can expect in HER AND ME AND YOU that are not mentioned in the official synopsis.

7. Okay, haha, I'm so glad I asked that question, because I knew we would get some fun facts from it. :) Now for something more serious: most invaluable childhood treasure?

8. Will you be doing anything special to celebrate the upcoming release of HER AND ME AND YOU?

Skylight Books in Los Angeles in hosting a little signing/reading for the launch of HER AND ME AND YOU (official launch: October 5th! But the party is Saturday, the 9th). Everyone is welcome!

9. What are some of your favorite YA contemporary books?

10. We are practically book twins; great choices! Finally, you recently sold another book to Simon Pulse, to be published in 2012. Can you tell us a little more about that one?

Yes! DAKOTA WEBB IS MISSING. About LA rock goddess Dakota Webb, who disappears. Ex-BFF Adrienne goes a little nutty trying to piece together what’s happened to her. It’s a mystery, for sure, but more than that, it’s a book about identity, obsession, and yes (!), messy, messy relationships. ☺

Well, as is shown in NOTHING LIKE YOU, if anyone can write messy relationships "well," it's Lauren. :) Thank you so much for answering my questions! Readers, stay tuned for more awesome related stuff, coming reeeeal soon.......
Posted by Steph Su at 10:00 AM