Review: I'll Be There by Holly Goldberg Sloan 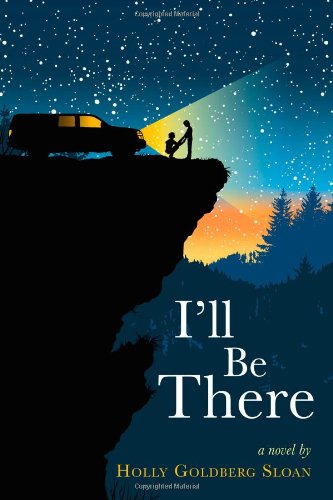 Their whole lives, Sam and his little brother Riddle have been moved from place to place by their paranoid father, Clarence. In one quiet California town, however, Sam meets Emily, and their lives are changed forever. Emily and her family wonder about the mysteries surrounding the two boys, and are determined to draw them out of isolation and into society. When Clarence gets wind of his sons’ new relationships, however, he packs them up and makes a run for it, despite the fact that it may put Sam and Riddle’s lives in danger.

When one describes a novel as being “magical,” we often think of lyricism, of rhythm and beautiful descriptions. But Holly Goldberg Sloan’s debut novel, I’LL BE THERE, is magical in quite a different way. A story of how the little things add up to the big things, I’LL BE THERE takes extraordinary characters and ordinary moments and weaves them together into a suspenseful and unforgettable story, one of the most unique books I’ve read in 2011.

I want a Sam in my life. He is undoubtedly an extraordinary boy—model-worthy looks, raw musical talent, swooningly romantic—but made sympathetic and real by all the hardships he has had to endure. Unlike other beautiful and talented love interests in YA fiction, Sam does not seek the spotlight, which endears him all the more to us. His lack of awareness of his own specialness is his best trait.

I’LL BE THERE is told from multiple points of view, covering everyone from Emily, the girl who draws Sam and Riddle out of their shells, to Riddle, smart and determined and existing in a bubble of lack of oxygen, to the various adults who come in and out of these two boys’ lives. This is a technique we don’t see often in YA, and yet I think works exceptionally well at riveting our eyes to the page especially during the later, most suspenseful moments of the book, when I literally couldn’t put the last 250 or so pages down.

There is nothing flashy about Holly Goldberg Sloan’s writing: instead, the magic of the writing and story comes from the characters and predicaments themselves. Don’t expect to find a regular ole contemporary story of trial and triumph in these pages: I’LL BE THERE contains truly enviable story craftsmanship, and is a unique, and uniquely told, story that you will find difficult to not read in one sitting. Magical, indeed.

Cover discussion: I love this cover. Reminiscent of Francisco Stork's covers, this cover evokes a sort of inexplicable magic that complements well what goes on between its covers.

Sent for review by publisher.
Posted by Steph Su at 10:10 AM