Why New Adult Lit is the Next Cool Thing

Awesome bloggers Nic from Irresistible Reads and Linds from Bibliophile Brouhaha have teamed together to host Kirsty Eagar Week, in which a bunch of bloggers, of which I am one, are posting to promote this lovely Australian author. Check out Nic's introductory post here! I had the fortune of reading Raw Blue a while ago and it was stunning, so I'm honored to be a part of this week. My post is on older YA--or, as it has been referred to, New Adult Literature. 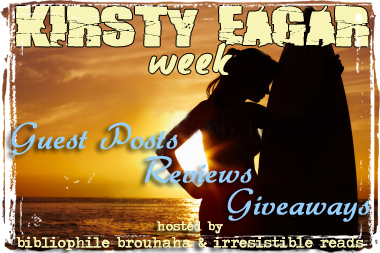 "Why New Adult Lit is the Next Cool Thing"

Recently I reread Anne of the Island, the third book in L. M. Montgomery's eternally lovely series. This is the book in which WONDERFULLY ROMANTIC THINGS happen because hey, guess what? Anne is old enough to go through those emotions. She finally realizes that she's actually in love with her best friend, Gilbert Blythe, and things that we were desperately waiting for three books to happen finally happen. Life is well in Anne's (and my) romantic dreams.

Anne of the Island spans Anne's college years, where she blossoms from a poised but still emotionally young 18-year-old to a 22-year-old woman with a much better understanding of her emotions. The entire Anne series is generally considered children's literature, but, age-wise, Anne in this installment fits neatly into the infant literary sub-genre some are calling "New Adult Literature."

It’s not quite an officially recognized genre just yet, always faltering in shelf placement between the YA or adult sections, but I think it’s only a matter of time before New Adult Lit takes off. Just like teens benefit emotionally, mentally, and intellectually from having their own literary genre, so can real-life young adults benefit from books that feature people their own age, who are going through what they are going through. I am a recent college graduate and distinctly feel that my reading tastes have shifted from primarily YA to…what? Thus far, there is no “other” where I feel like I belong. I want stories of growth and discovery in the college years. I want adventures of recent college graduates, stressing out over the instability of the job market or being overwhelmed by the newness of their first fulltime job. Much like how, 40 years ago, teens demanded literature that represented what life was really like for them, I want the same for my newly minted “young adult” status!

Pragmatically, new adult lit is a definite potential market. Many of the age groups we now take for granted, such as toddlers, were actually coined by companies to launch a new line of products for their new age groups as recently as 50 years ago. Why couldn’t, or shouldn’t, the same apply to book publishing? Ten years ago you would be hard-pressed to find a YA section in a bookstore. Now, a bookstore without a YA section feels almost out-of-date. As the generation of teenagers who coincided with this most recent explosion of YA literature graduate high school and enter college, what will there be for them to read? A separate bookstore section for New Adult Lit might be difficult to imagine now, but I predict that by 2020 there will be more than a handful of stores featuring a distinct shelf for a burgeoning genre nestled between YA and adult fiction.

Hopefully, within the next few years, authors will not be asked to lower the ages of their protagonists to better fit the established YA lit parameters. Publishers will take the leap and tap into the overdue potential of stories featuring college-age characters and the unique arena of freedom and fear that coexist during these years. Readers are already clamoring for stories set in college—and, as we know, the customer is always (okay: mostly, usually) right.

So why shouldn't there be a New Adult genre?


Be sure to check out the Kirsty Eagar Week schedule on Nic's blog to hear what other bloggers have to say about Kirsty, Kirsty's books, older YA lit, and more. There are also giveaways, so go go go! :)

(Oh, and also, pick up Kirsty's books if you have the opportunity. You won't be sorry.)
Posted by Steph Su at 9:50 AM