A Visit to South Korea

I'm taking advantage of my current location in Asia by traveling to many nearby places usually less accessible from the US. In June, I visited my college friend Melinda, who's currently on a Fulbright teaching fellowship in South Korea. Naturally, I jumped at the opportunity to A) see her again, B) travel to another country I've never been to before, and C) go to Korea, which I've heard great things about and have always wanted to experience for myself!

Mel teaches English in Jeonju, a sleepy, smallish city nestled in between mountains. There's not much to do there but we did go to this hanok village, which is a small neighborhood built in the traditional style, and have some delicious tea in a traditional-style teahouse under a brilliantly blue sky. 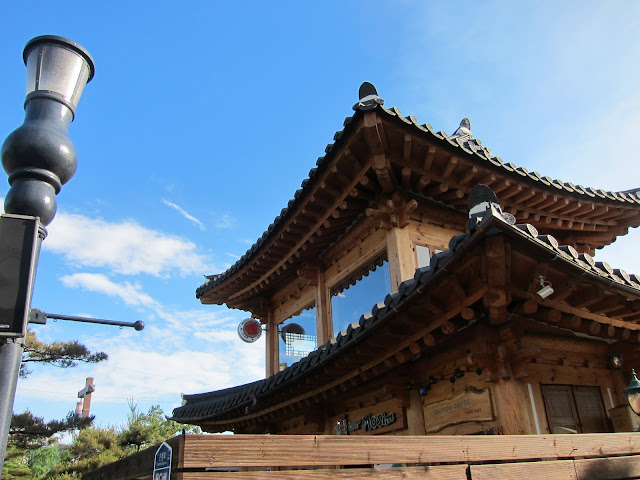 The rest of my time there was spent in Seoul. Some highlights were Bukchon Hanok Village, a hilltop covered with traditional-style houses that people still live in. Meandering through these alleyways makes you feel like you're slowing moving backwards in time: 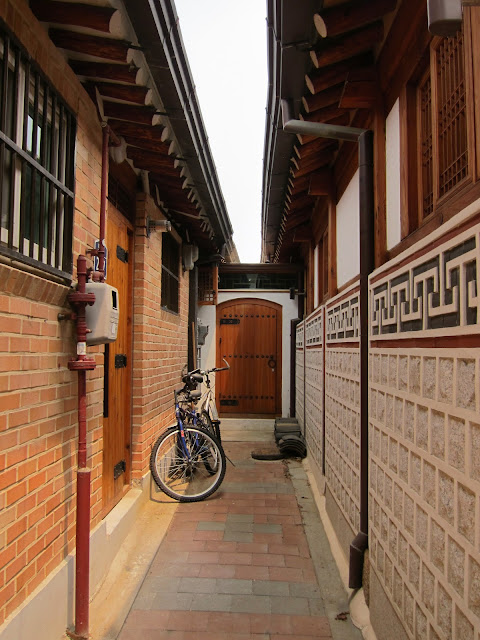 Then there was Gyeongbokgung, the main palace that has housed several dynasties' worth of royal families (and their concubines! they have separate concubine quarters!) and was the target of many foreign invasions. It has only been restored in the last 20 years or so, and parts of it are still under restoration: 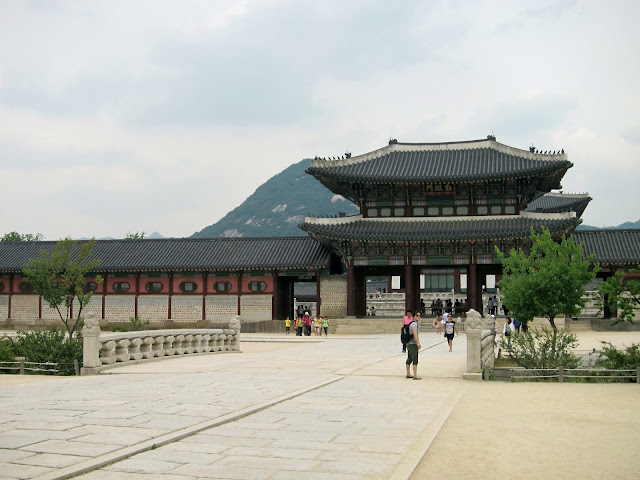 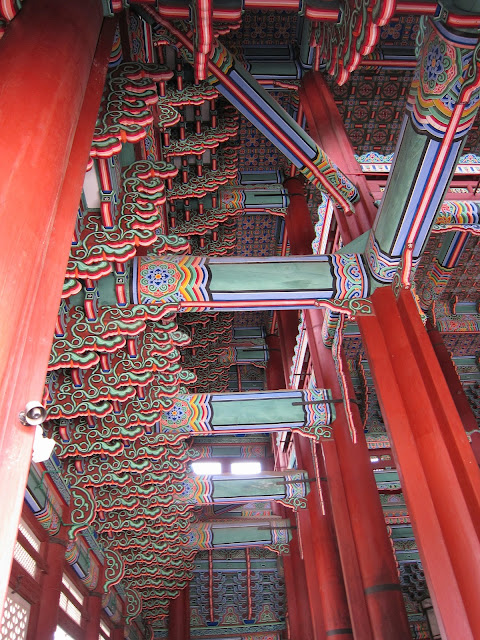 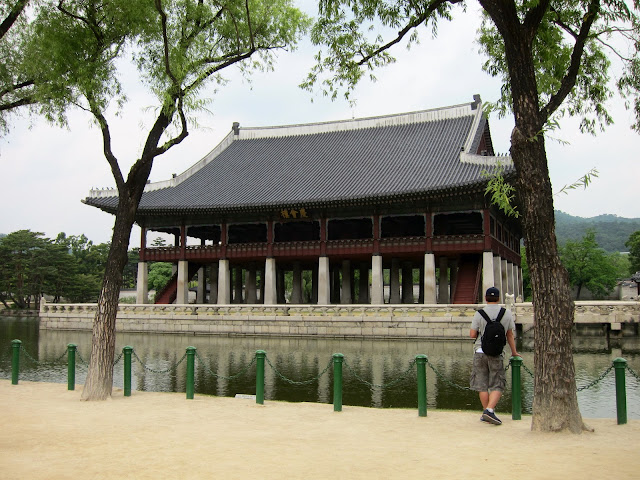 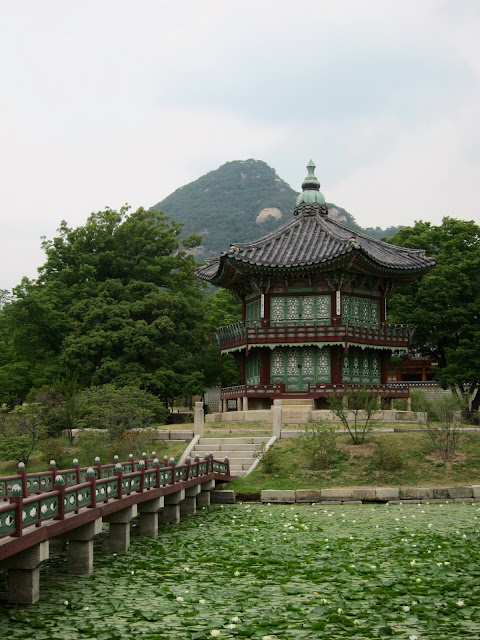 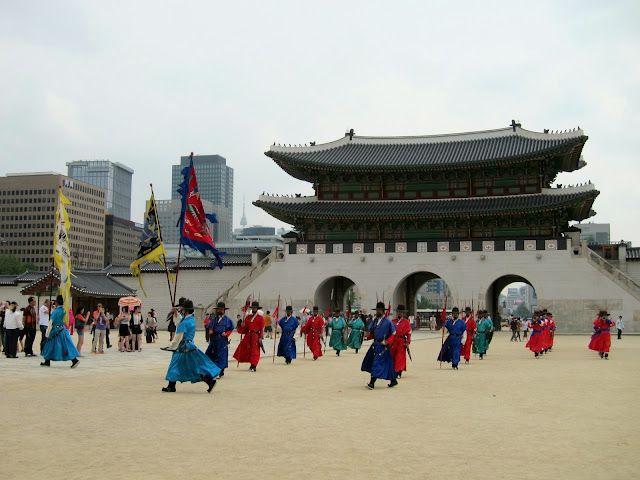 I was fascinated by the Cheonggye Stream. It's an old stream that runs through Seoul and has gone through many reincarnations: as a peaceful observer of small business owners' shops, a sewer for migrant workers' shantytowns in the early 20th century, hidden from view and forgotten when the city built a road over it, and finally uncovered, cleaned, and restored as a romantic walk: 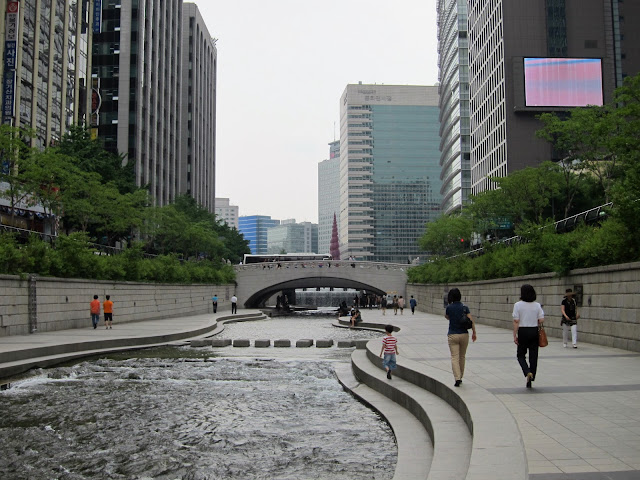 Mel has an interest in South Korea's cafe culture, and after going to a few, I can see why it's so interesting. Each cafe is highly unique with the most carefully thought-out decorations. It's like an extension of its owner's personality and interests, like walking into an acquaintance's bedroom for the first time and learning more about them through what you see: 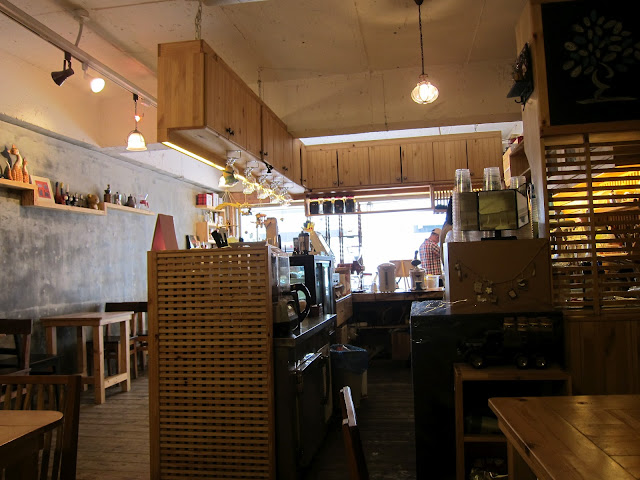 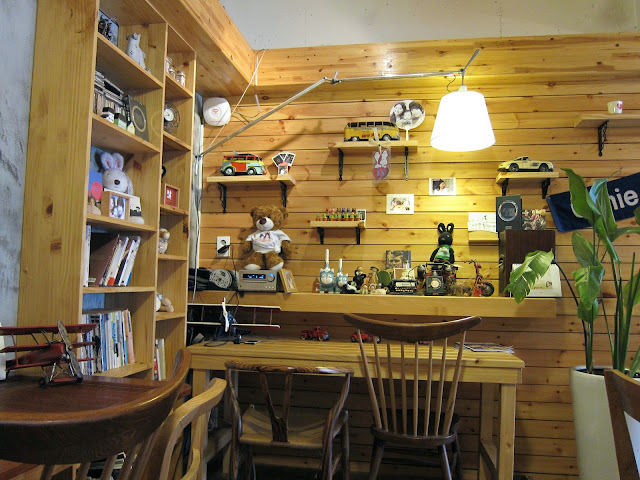 These are kimchi pots! You make kimchi in these things! 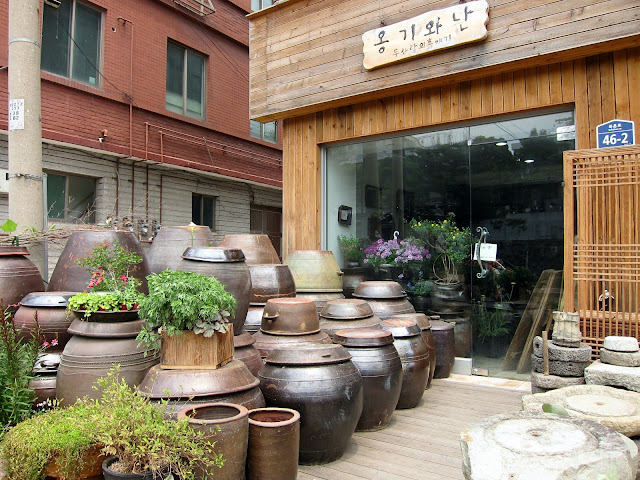 I didn't take many pictures of all the great Korean food I had--I was too busy stuffing myself and enjoying it--but I couldn't pass up the opportunity to take a picture of omija tea, which is a "five-flavor berry" tea that supposedly has the five tastes of sweet, sour, salty, bitter, and spicy. If you can't conceive of that, let me assure you, it is deliciously refreshing: 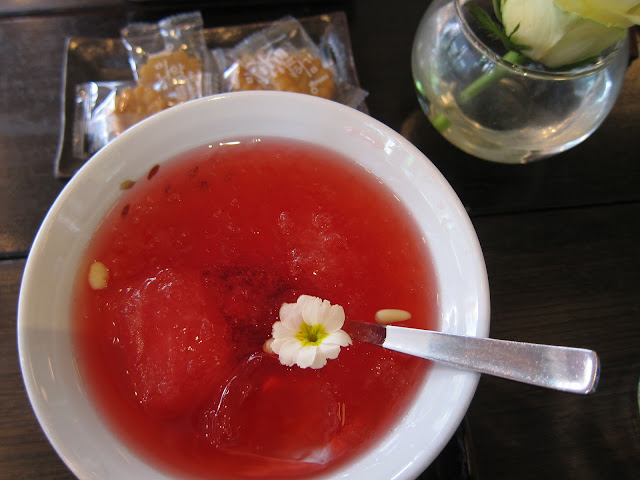 Five days was barely enough to explore these two cities, let alone the whole rest of Korea. There are so many incredibly wonderful things about Korea: the people's hospitality, the culture, the FOOD (lots and lots of barbecued meat! Oh! And check out this article on famous Korean drinks, yum yum). It's not perfect--Koreans' preoccupation with physical appearances, as evidenced by the constant barrage of plastic surgery ads in metro stations and diet pill commercials--but it's a culture that I definitely want to know more about, to better understand. Think I can go back for a longer period of time anytime in my near future?

Resting/reading at our lovely hostel, Lee & No. Guest House: 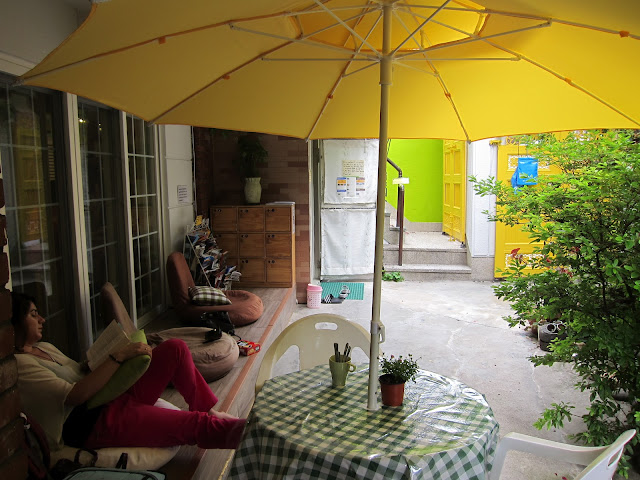