How Blogging Has Helped My Writing

Malcolm Gladwell's book Outliers is all about his theory that success more influenced by environment and experience than innate talent. Sometimes, the "successful" ( put "successful" in quotes because I firmly believe there are many types of success, but Gladwell is talking mostly about fame and a little bit of fortune here) people are the lucky ones who were simply born in the right time period, into a financially secure family, in a community that is poised to unknowingly cater to all their interests, whims, and developmental needs. (See: Bill Gates.) 70-80% of the most successful Canadian ice hockey players are born in the first three months of the year. Coincidence? Not quite. In their school-age junior league, the cutoff for admittance into the league is January 1. There is a HUGE amount of mental and physical difference between, say, a six-year-old born in late January and a six-year-old born in October. Thus, the January six-year-old gets picked over the October six-year-old and goes on to get special intensive training with the best coaches and best equipment, so, naturally, they advance to higher and higher levels...while the original October six-year-old, who at the beginning could've been just as talented as the January six-year-old, gets shunted to one side and, by, say, age 18 or so, is actually perceivably less talented than the January kid who got all the cool stuff... and all because of that arbitrary age cut-off date.

The moral of this story? Canadian parents, if you want your kid to be a hockey superstar, time his conception wisely.

Okay, I'm just kidding for that. NO, WAIT, DON'T GO, I'M SORRY, IT GETS BETTER. It's pretty intense stuff to think about, that so much of our success may be out of our control. However, Gladwell also describes the "10,000-hour" rule: basically, that masters and experts in ANY and ALL fields have only accomplished their success after 10,000 hours of practice. Do you know how much time 10,000 hours is? A heck of a lot of time. Bill Gates skipped gym classes and stayed up all night fiddling with computers for years to achieve 10,000 hours of computer practice by the time he dropped out of Harvard to become a multibillionaire.

The moral of Bill Gates' story? WHAT THE HECK AM I STILL DOING IN SCHOOL WHEN I COULD BE OFF WRITING 24/7 AND GETTING 10,000 HOURS OF WRITING PRACTICE?

The gist of it is, 10,000 hours is about the unconsciously universal threshold for mastery in anything. Gladwell's findings indicate that there is a marked difference in the success of violinists who've practiced 10,000 hours and violinists who've practiced only 8,000, or 6,000. Constant and dedicated immersion in one's passion or interest is a crucial factor to success.

Which brings me to blogging and writing. This year has been a year of almost explosive growth in my reading and writing habits. A few days ago I crossed the 200-book mark in number of books I've read in 2009. I've taken two writing workshop classes at school, started and finished writing a novel, and started another one. I don't even want to know how many hours I've spent on book-related websites such as Twitter, Goodreads, LibraryThing, and blogs, because that will just make me feel kind of sad at how much time I could've spent reading or writing.

All of this is PRACTICE for my dreams of becoming a published author. Reading all those books? That's research. I've gotten a better sense of what writing styles I like to read, and what works for others, and what I can write, and what I'd like to write. I've read enough this year and in past years to develop a sense of plotlines and story ideas that I feel have been overused to the point where I either want to stay away from them for my life's sake or am determined to rework them and reach the core of what they used to be about. (Read: vampires. And a slight explanation for what I'm doing with my NaNo...)

I know now that I want to never ever ever write a predictable teen romance: "plain girl falls for Abercrombie-model-hot totally-good/too-bad-to-be-true boy on first sight," or "plain girl's long-time unattainable Abercrombie-model-hot totally-good/too-bad-to-be-true crush suddenly notices her when she gets a makeover, or, you know, zombies attack their hometown." Ack. And I know that I want to keep readers alert; to immerse them in a gradual yet heart-wrenchingly unforgettable romance; to push the limits of YA lit conventions. I want to write minority characters and make them accessible to all kinds of readers, like Justine Larbalestier. I promote discourse and perhaps court controversy with sadly taboo real-life subjects, like what Lauren Myracle and Lois Lowry do. I want to reject mediocrity and conventionality. 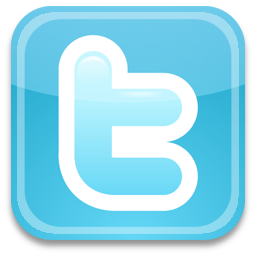 Composing blog posts, commenting on others' blogs, and even thinking of ways to say things in less than 140 characters--that's me developing my conversational and narrative writing skills. How does one incorporate tone, irony, or subtext in 140 characters? I'd like to think I attempted to figure that out. My fiction writing has changed over this year, too. Earlier this year I wrote some pretty awful, plotless, character-montage short stories for my workshop last spring. Now, I'm aware of the importance of having a story in your story. Before this summer, I was terrified of writing shitty first drafts, and thus rarely finished writing something if I felt it got too bad or boring. Now, I know that Anne Lamott (Bird by Bird) was right: 99% of the time, first drafts are AWFUL. Probably more than half of my first drafts won't make it into my revised second drafts, and now I know that and look forward to tearing apart my first drafts and rewriting large sections.

I've also learned the zillions of things that I want to work on in the years to come. I'm atrocious at writing families. Research kills the spirit in me. Writing three-dimensional siblings? Fugghedaboudit. I let my characters tell us what they're thinking too often, instead of letting them show their thought process in actions. And, oh yeah, I still need to figure out how to write that "THAT'S IT" first sentence in query letters, instead of writing summaries that sound suspiciously like book proposals or book jacket descriptions. I keep lists of the questions I have for my stories, myself, and my writing, and I look forward to when I'll be able to answer them. Through practice. Always through practice.

So yes, I have been clocking some serious practice hours for writing this year. And the best part? It's all been so enjoyable, so effortless. I love all the new friends I've made through blogging and Twitter. I love going to bookish events and actually be able to connect to people there. And, yes, I even very secretly and guiltily like being the children's and YA lit "semi-expert" in my Children's Lit class at Penn. (And if you, Phil, are reading this, I hope you don't take it in a bad way!) I like striking up conversations with the bookstore employees who ring up my purchases for me, and recommending that they read such-and-such a book if they like this-and-that.

Fellow aspiring authors (and book lovers who don't want to be authors, or writers who are already published), I hope you don't lose heart, especially if you're doing NaNo. Consider the blogging community experience as research and practice towards whatever dreams you have. I know you're all passionate about books: you wouldn't be flittering through the blogosphere or reading this now absurdly long blog post if you aren't. Whatever you read and write counts towards your 10,000 hours. Think of it that way, and it'll be a lot easier to reach mastery in whatever you desire. :)
Posted by Steph Su at 10:26 PM

Email ThisBlogThis!Share to TwitterShare to FacebookShare to Pinterest
Labels: blogging, discussion, me, writing