Discussion: A Case for Rereading

My English teachers and professors always used to say that if they had all the time in the world to teach their students, they would tell everyone to read the assigned books at least twice before discussing them. I had always kind of generally agreed, but never realized the significance of rereading until the end of last semester, when I reread, for the first time since August, Mockingjay in preparation to write my Hunger Games paper.

Like most other insane Hunger Games fans, I bought a copy of Mockingjay at midnight on August 24, and preceded to spend most of the night and the next day reading it. Okay--I wouldn't call it "reading." More like guzzling, perhaps. I guzzled Mockingjay, swallowed it so fast I practically choked a few times. My eyes devoured the words on the page at such a frantic page they blurred and I got a headache. I closed the book at around 9:30 the next night, feeling like I had run a marathon, and with a large dose of "what the heck just happened?".

I appreciated Mockingjay when I first read it, I guess. I wasn't as angry and disappointed as other readers were, but I had this feeling like I had missed something important in the book. I had, after all, just consumed the book the way a contestant might inhale food in an eating competition. Obviously I can't have remembered details or nuances, only the big, broad strokes--and those had been unexpected and unnerving. 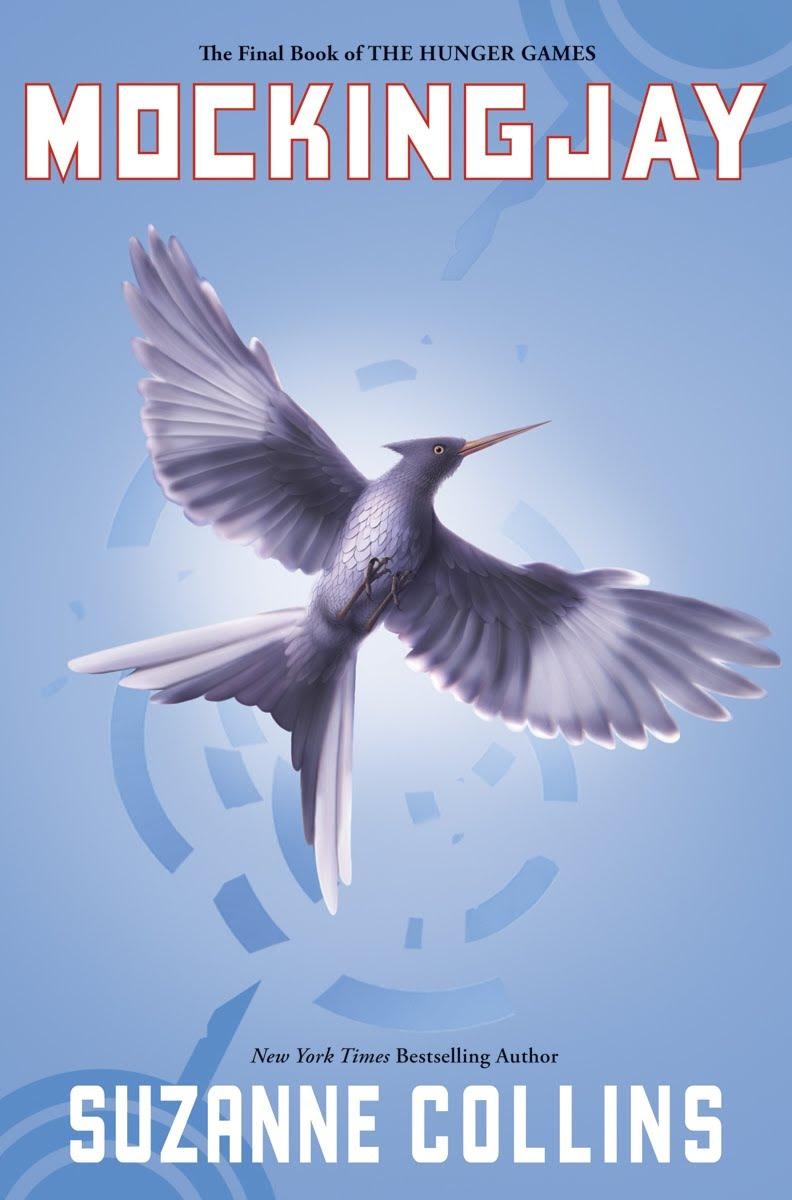 But oh man, when I reread Mockingjay in December, it was like a whole new reading experience. Now that I knew how it ended, I was reading to more closely examine the path that Suzanne Collins took to get us there. I discovered so much that I had missed the first time around, details that led up to the therefore very appropriate conclusion: "that character got what was coming to him/her," or "wow, that character is much more subtly sinister than I realized."

I also noticed the larger themes of the lose-lose situation that is war; the fragility of relationships in the face of decisions that question one's definitions of humanity. There is no black-and-white in war. War twists people so that even those whom we'd consider "good" may do abhorrent acts in the name of their creed.

And the biggest revelation, of course, was that Mockingjay ended exactly the way that it had to. It was a conclusion that had the entire series had been building toward. I finished it for the second time, finally coming to terms with the course that Collins had set for all her characters. I don't think I like it as much as the first book (the pacing! the thrill! the anticipation!), but I like it more than Catching Fire now. It's also definitely a book that I will go back to, again and again.

The point of my Mockingjay anecdote? Rereading gives you the opportunity to notice things you might not have on your first read-through, especially if you were busy poring over the pages, flipping them at screamingly high speeds in anticipation of what's going to happen. Now that you know the big events that await you in the plot, you can focus instead on all the delightful things about the book that you missed: the wit, or the language. For English class, you will notice the symbolism or themes--yes, it took me a reread before I noticed even the painfully obvious symbolism in The Scarlet Letter (which, for the record, I actually like).

I wonder how often or how much my opinion of a YA book I read would change if I read it twice before reviewing. I can think of several books to which rereading was kind. I can also think of a few to which my rereading it would not be so kind. (And that's probably a reason I haven't reread them: I'm scared of how dramatically my opinion of the book might change.)

Some questions that I have, then, after all this thinking about rereading, are:

The one thing that I know for sure, though? We crazy book people will rarely, if ever, have the time to reread every single book we read. And that makes me a little sad. I have that in common with English teachers. :)
Posted by Steph Su at 10:50 AM

Email ThisBlogThis!Share to TwitterShare to FacebookShare to Pinterest
Labels: discussion