"How We Met": Initial Meetings Between Us and Our Favorite Books and Authors

Just like every couple has a “how we met” story, I’m sure that nearly everyone has a story for how they first “met” an influential author or book. You can sometimes tell from a review how the reviewer and the book or author “met”, but some of my favorite “encounters” happened so long ago that my reviews for those books don’t encompass the sweet initial meeting. So, just for fun, here are the stories behind how I “met” some of my favorite authors and books!

I sometimes suspect that I don’t have the best taste in book covers. Faces on covers are so overrated, but the model’s piercing green eyes—how I wished I had eyes like hers!—were what drew me to pick up an otherwise unassuming book on display on the public library’s YA shelf, called Saving Francesca. Talk about being the best find of the year. With unassuming YA contemporary prose, Francesca drew me into her ordinary yet extraordinary fictional world (Will Trombal!). This was back in the day where I’d check out the same book multiple times for delightful rereads, and I found myself doing this with Saving Francesca, before the paperback was released and bought my own copy. 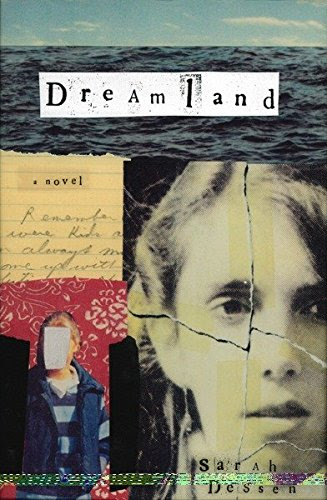 In eighth grade Reading & Writing class, we were assigned a book project where we had to make a brochure for a book we felt would make for a good whole-class read. As the example, my teacher held up the brochure she made for a book I had never heard of before: Dreamland, by Sarah Dessen. Initially I was turned off by the cover (an awkward mishmash of collage-like illustrations) and premise (dating abuse?! How can I relate if I’ve never even been kissed??) but, wanting something new to read, I decided to pick it up at the library and give it a try. The premise still unsettled me, and I was very glad when Sarah’s publisher decided to reissue the book with a new cover, but how fortuitous that, in using Dreamland as the example of the assignment she was giving us, my teacher led me to one of the greatest YA authors of our time. 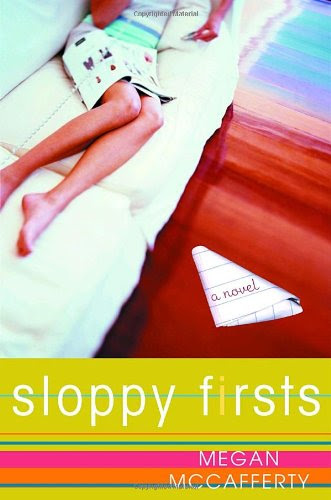 “Listen to this,” my eleventh-grade creative writing teacher announced in class, shaking the computer printout in her hand. “’Harvard student author accused of plagiarism.” It was the infamous event of 2005, in which She Who Will Not Be Named was found to have plagiarized passages from the books Sloppy Firsts and Second Helpings, by some author named Megan McCafferty. As my teacher read aloud the plagiarized passages alongside the original passages, I thought to myself, “Hah! The original passages are pretty damn funny. Who is this Megan McCafferty person and where can I get me more doses of snarky humor?” and it was off to the library after school for me. Perhaps Jessica Darling and I can say that we became acquainted through dubious connections, but when it’s a relationship this wonderful, who cares how it started, really?

Blog readers, lend me a moment of your time and energy and share with me your favorite “how we met” stories, if you will. Hmm, perhaps I may even turn this into a meme of sorts; who knows?
Posted by Steph Su at 9:45 AM

Email ThisBlogThis!Share to TwitterShare to FacebookShare to Pinterest
Labels: discussion, how we met