Today I'm part of the supercool blog tour put together by Big Honcho Media for Supernaturally, the second book in Kiersten White's fun and bestselling paranormal series! This blog tour is different and cool because each stop features an IPCA Dossier and artist rendering of a different Paranormal creature from Kiersten/Evie herself! 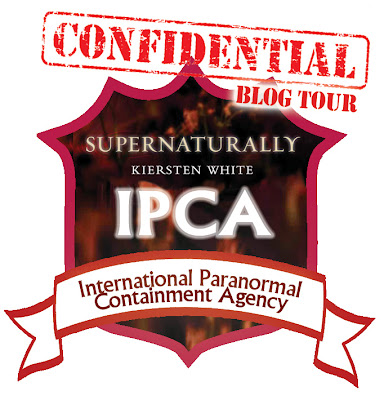 Appearance: Varies, depending on the poltergeist and its manifestations. Most often gruesome, intended to upset viewers.
Myths: Too many to list. Most true, mainly because poltergeist hauntings change from situation to situation.
Facts: Poltergeists are the lingering spirits of humans (occasionally human corruptions, such as werewolves or vampires) that seek vengeance. Through manipulation of visual, auditory, and sensory elements they create frightening situations. The method for getting rid of poltergeists depends on who the poltergeist was before dying. Because it takes enormous amounts of energy to stay on in poltergeist forms, the most effective way to get rid of a poltergeist infestation is to remove the motivation, whether through religious means that the poltergeist is familiar with, or by addressing the reasons the poltergeist has not moved on.
Dangers: Though poltergeists cannot physically harm people, the fear induced by the various hallucinations can cause heart palpitations, nightmares, stress, and digestion problems. A team effort is always recommended to divide the poltergeist’s attention.

Information contributed by Evelyn age 15 (please see Appendices Catalog, Section 7, for details on glamour-piercing abilities), transcribed from the original audio:
I watched Poltergeist when I was nine. Don’t tell Raquel; Lish let me watch it with her. So when I went on my first poltergeist mission I was terrified, waiting for trees to reach in the window and rip me out or whatever. Imagine my disappointment when it turns out that all poltergeists are is glamour. Everyone else was freaking out about the enormous monster centipedes crawling out of the floor, but I could see right through them. Really it was just some seriously grouchy old dude floating up in the corner laughing his head off. When I wasn’t scared he got annoyed, so I told him what I thought of his theatrics, and he got so mad that he lost his hold on this world and disappeared. Yet another paranormal occurrence that was nothing but a disappointment. 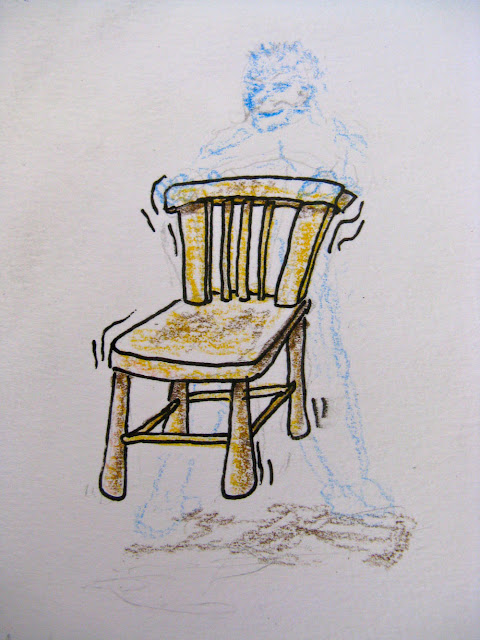 
Evie finally has the normal life she’s always longed for. But she’s shocked to discover that being ordinary can be . . . kind of boring. Just when Evie starts to long for her days at the International Paranormal Containment Agency, she’s given a chance to work for them again. Desperate for a break from all the normalcy, she agrees.

But as one disastrous mission leads to another, Evie starts to wonder if she made the right choice. And when Evie’s faerie ex-boyfriend Reth appears with devastating revelations about her past, she discovers that there’s a battle brewing between the faerie courts that could throw the whole supernatural world into chaos. The prize in question? Evie herself.

So much for normal.


Kiersten White is the NYT Bestselling author of Paranormalcy. She has one tall husband and two small children and lives near the ocean, where her life is perfectly normal. This abundance of normal led her to a fascination with all things paranormal, including but not limited to vampires, faeries, and pop culture. Visit her at http://kierstenwhite.com.

Kiersten is now on tour with a slew of other cool authors for the Dark Days of Supernatural tour around the US. Check out their tour schedule to see if they're coming near you later this month!
Posted by Steph Su at 9:00 AM