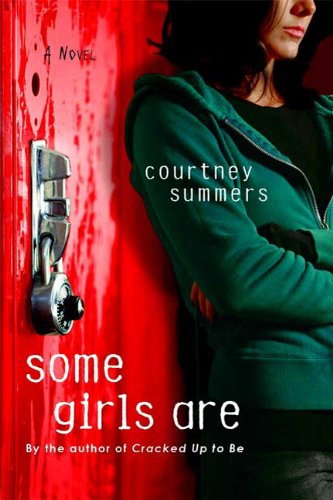 Some Girls Are by Courtney Summers
Climbing to the top of the social ladder is hard--falling from it is even harder. Regina Afton used to be a member of the Fearsome Fivesome, an all-girl clique both feared and revered by the students at Hallowell High... until vicious rumors about her and her best friend's boyfriend start going around.

Now Regina's been "frozen out" and her ex-best friends are out for revenge. If Regina was guilty, it would be one thing, but the rumors are far from the terrifying truth and the bullying is getting more intense by the day. She takes solace in the company of Michael Hayden, a misfit with a tragic past who she herself used to bully. Friendship doesn't come easily for these onetime enemies, and as Regina works hard to make amends for her past, she realizes Michael could be more than just a friend... if threats from the Fearsome Foursome don't break them both first.

Tensions grow and the abuse worsens as the final days of senior year march toward an explosive conclusion in this dark new tale from the author of Cracked Up To Be. [summary from Goodreads]
So I'm guessing this WoW pick is nothing new to most of you, since there was a frenzy immediately following the cover unveiling last week (Courtney, you're popular!). But I've been waiting for the cover design to be unveiled before I would showcase this, since that's my policy with WoW books (no cover? wait).
Do I really have to say anything about this book, though? It's by the author of Cracked Up to Be, which I completely and utterly love with all my heart (you can see my 5-star review here). Courtney just has this way of writing that gets right past any B.S. and guns straight for the truth--no matter how uncomfortable it might make you feel. You've got to respect an author who's succinct and hard-hitting; that's the kind of writing that makes an everlasting impression. I have no doubt that Some Girls Are will be just as good as Cracked Up to Be, if not better!
Some Girls Are will be published by St. Martin's Griffin on January 5, 2010.
Posted by Steph Su at 9:37 AM