Check out this stunning collection of fine, fine, fine book covers, some old, some new. Don't you just want to print these out on a high-quality printer and hang them up in your room? I know I do. *sighhhh* Authors and publishers, wilt thou send me promotional posters and postcards of these pretties?
All links go to Goodreads.

Addicted by Charlotte Featherstone
(Spice / Feb. 1, 2009)
This is romance/erotica, so most of you probably won't read it, but I think that the cover is worthy of many omg's. There is something brilliant about using just a few strong colors, and I just love the way the red swirls like her crinoline dress. And did you catch a look at the lighting on her skin? Just... wow. This is the type of picture I'd totally like to take had I seriously developed my interest in photography. 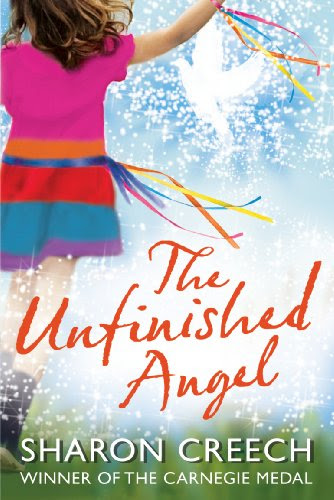 The Unfinished Angel by Sharon Creech
(Andersen Press / April 29, 2010)
This is the UK version of this book, and I like it quite a deal more than the US cover, primarily because of its colors. This reminds me of those sing-a-long videos set in fantasy lands that I used to watch as a kid. You know, the ones where everyone is dressed brightly in solid colors, and like all the plants, animals, and buildings are equally brightly colored? I think that for this cover, I like best the trailing ribbons that frame the white dove (which, incidentally, I didn't notice until recently). It's a cover that makes me think more than twice as I look it over.

Vixen (The Flappers, Book 1) by Lila Fine
(Delacorte / Dec. 14, 2010)
Covers for historical fiction almost always have stunning costumes, and this one is no exception. This definitely captures the slightly racy, innocently brash feel of the 1920s. I think it probably must've been fun to be the model for this shoot, as you get to work with all the period stuff! 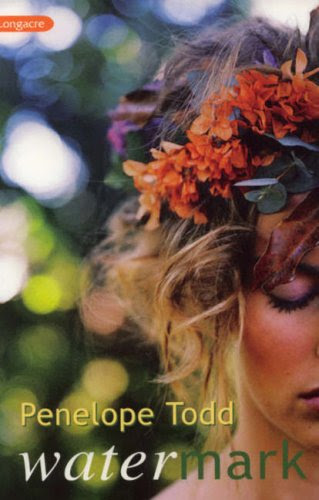 Watermark by Penelope Todd
(Longacre Press / Feb. 2, 2003)
Not sure if this is the bokeh photography effect (where there are, like, out-of-focus sparkles of light in the background), but I looove these sorts of pictures. It's whimsical yet more deeply musing, and has an almost otherworldly feel to it. I look at this and can't help but think "wood nymph." I'm not sure if it's even really about a wood nymph. But a child of nature, perhaps? I can go for that.

Dark Song by Gail Giles
(Little, Brown / Sept. 7, 2010)
Let me just tell you straight-up: this is not a paranormal novel. Hah! Were you fooled? I think that was kind of what LB was going for. It's actually contemporary (though with much darker themes than the norm), but the way they set this cover up should really attract the attention of Twilight-ers and so forth. Me, I'm just... so enamored of this cover. I love the way the rose petals look like they're made of liquid, maybe even blood, and the way its stem is silhouetted against the dreary, ominous background. I love the melancholy red band displaying the title: it perfectly complements the picture. Just amazing all-around, and I REALLY want this on my bedroom wall!

Rival by Sara Bennett Wealer
(HarperCollins / Feb. 15, 2011)
Urrrrghhhh my heart constricts from the explosion of beauty! Call me a slightly anti-feminist romantic, but I think there's something terrifically sad and romantic about flowers and music, particularly flowers with, say, a piano. I like how this picture is a direct shot from the top: the unapologetic flatness of the image works well, and seems to set the correct tone for the story: two top musicians battling it out for success and vengeance.

Towards the end I began to see a sort of theme for half of the images I picked here, lol: the black, white, and red ones. But anyway! What do you think about these covers? Which one is your favorite? Your least favorite? How do YOU think about book covers (i.e. in as obsessively analytic ways as I do?)?
Posted by Steph Su at 4:00 PM