Flowing from Books With Bite, the next stop on the MundiMoms' LUMINOUS Blog Tour is Steph Su Reads...here! I have for you an interview with Dawn Metcalf, author of the upcoming book Luminous, in which she talks about the themes in her book. Welcome, Dawn, to Steph Su Reads!

1. LUMINOUS features many themes, such as the true significance of appearance, determinism vs. free will, and so on. At what point did the themes figure into your writing process? Did you know which themes you wanted to write about before you started drafting, or did they come out of drafting, revision, etc.?

Any underlying themes or messages really emerged as part of the writing process. I'd like to say I planned it all from the beginning, but really, it was my brain on autopilot enjoying the idea of creating a myth of a sort of Lady of the Dead, a supernatural-slash-paranormal heroine out saving souls with a closet full of elemental skins. Looking back, I can see where my feelings on body image in the media or beliefs about self-worth cropped up, but while I was in it, I was just in it.

2. Is there any character in LUMINOUS whose philosophy you disagree with?

Sure! Most of them, actually. Consuela is a bit too passive for my tastes, but that's because she is far more trusting as an idealist than I am. I'm not big on V's belief that you can "fix" something for someone else, because then you are imposing your standards on that person, presuming that they are somehow "broken". I'm not proud of Wish's "stick close to the person with the most power until something better comes along", which works well for him and his life experiences, but it's not gold star material in my book. I also don't agree with Sissy's "accept a situation and make the best of it" if there's something else you want and it's possible--however unlikely--to succeed; it feels too much like giving up or giving in. I don't think you can chart the world or people in it into nice, neat categories and expect it to reflect reality, no matter how pretty Abacus makes it look, it's disparaging and academic to real people (and it's pretty arrogant, too). And certainly Tender's belief that the ends justify the means no matter what the cost makes me a little queasy, especially when it's so single-mindedly self-serving.

Essentially, there's something I love and something I dislike about each of my characters' personalities; that's what makes them real to me and deserving respect as something separate than myself. My characters aren't meant to be mirrors or messages, they're (fictitious) people.

3. Consuela feels powerful in her pearlescent form, but as the story progresses she misses her old, loving life a lot. It's often said that beauty comes from within, but I'm sure we all have had experiences in which crappy days are alleviated through a manicure, new haircut, or shopping. What is your stance on the importance of physical appearance, and the relationship between physical appearance and inner beauty?

In one sense, you're asking the wrong girl! I used to joke that I failed "Girl School" because I know next to nothing about makeup, hardly ever get my hair cut, and the three times I had a manicure (all for weddings), it was my idea of torture. I'm also a prevention educator and big on positive body image and self-esteem including all the health and wellness issues that go along with it, for both young men and women.


That said, I am of the mind that you should do what makes you happy, what you feel meaningfully brings out your best. For some, that's their favorite pair of jeans, for others it's fresh-painted nails, for others it's self-expression with colorful hair or a new pair of shoes; as long as it's YOU choosing IT and not IT choosing YOU, if you get the difference. (Like having fun by matching your eyeliner to your shirt is different, in my mind, than never considering leaving the house without first putting on makeup or shaving your back. Make sense?) The funny thing is that it really isn't any of these things that make you feel powerful, beautiful, sexy, professional, or more mature, it's the associations you've created for yourself. You made these things powerful to you and therefore, you feel the power you've given yourself. If you can skip the middle man and just go to feeling powerful about yourself, the rest of it no longer matters a whole heckuva lot! 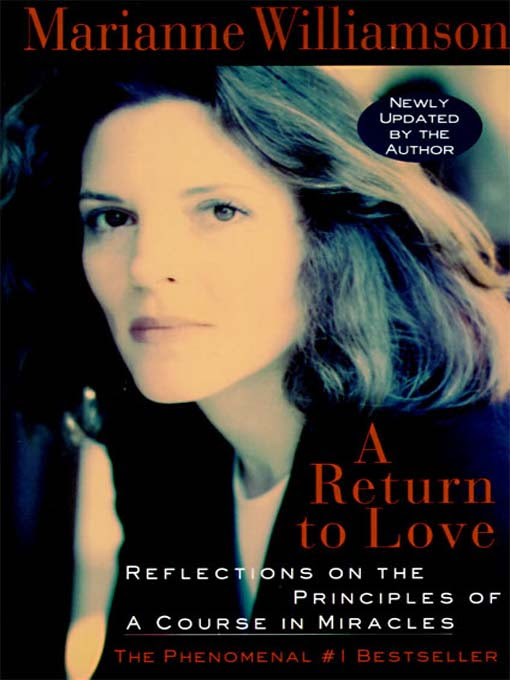 4. Tender is all about individuals being in positions of maximal impact. Do you agree or disagree with this thinking, and how might it play out in our world?

I believe that each individual should make a maximum impact in the time allotted to each of us. It was Marianne Williamson's A Return To Love: Reflections on the Principles of A Course in Miracles, (Harper Collins, 1992) which had this incredible quote:


“Our deepest fear is not that we are inadequate. Our deepest fear is that we are powerful beyond measure. It is our light, not our darkness that most frightens us. We ask ourselves, Who am I to be brilliant, gorgeous, talented, fabulous? Actually, who are you not to be? You are a child of God. Your playing small does not serve the world. There is nothing enlightened about shrinking so that other people won't feel insecure around you. We are all meant to shine, as children do. We were born to make manifest the glory of God that is within us. It's not just in some of us; it's in everyone. And as we let our own light shine, we unconsciously give other people permission to do the same. As we are liberated from our own fear, our presence automatically liberates others.”

Playing small or waiting for a chance to someday get "It" (whatever "It" might be for you), is completely human and completely ridiculous. Your life starts now. It is happening now. Now. RIGHT NOW! And waiting to do something tremendous with your life isn't the way to go about things: you are only you, now, once. There is no better time to achieve your dreams than today. What are you waiting for? Why play small?

Now I believe that you being the best, most inspirational and empowered you that you can be includes empathy, abundance, and generosity. That is part of being human and shared karma and is nice, besides. So the idea of being the best "you" doesn't mean you should smash everyone else along the way; they are on their way to being the best potential "them" that they can be, so keep that in mind on your way to mind-blowing awesomeness.

Therefore, I think Tender has the right idea, but goes about it the wrong way.

5. Do you believe in destiny or free will?

I believe in free will. Destiny smacks a bit too much of Sissy saying "these are the cards you're dealt, so deal", which has its own wisdom to it, but I inherently don't like some outside force placing limits on anyone or saying "that's just the way it is." I've had enough personal experiences playing inside the box and outside the box, bowing to popular consensus versus expressing the less popular (but more personally meaningful) choice, and I'd place my chips on free will all the way. While each person may be meant to do great things by a Higher Power, I frankly think that our ability to make choices powerfully and passionately is a divine gift and any Higher Power would be awfully disappointed to see us not use it.


Thanks so much, Dawn! This interview on the MundiMoms' LUMINOUS Blog Tour was brought to you by the letter: O. (Visit this page to see the complete blog tour schedule.) Collect all the letters along the blog tour, unscramble the puzzle, and win a secret surprise as well as an extra entry in the LUMINOUS Grand Prize Giveaway, June 30th! Details at www.dawnmetcalf.com. 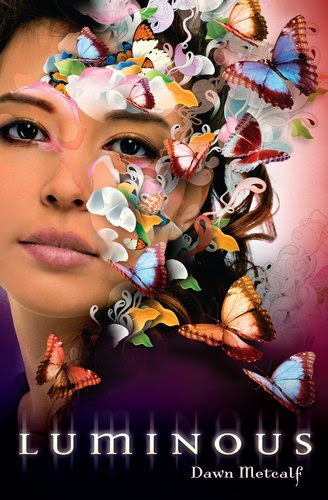 
As reality slips and time stands still, Consuela finds herself thrust into the world of the Flow. Removed from all she loves into this shifting world overlapping our own, Consuela quickly discovers she has the power to step out of her earthly skin and cloak herself in new ones-skins made from the world around her, crafted from water, fire, air. She is joined by other teens with extraordinary abilities, bound together to safeguard a world they can affect, but where they no longer belong.

When murder threatens to undo the Flow, the Watcher charges Consuela and elusive, attractive V to stop the killer. But the psychopath who threatens her new world may also hold the only key to Consuela's way home.