Happy Thanksgiving to my American-ish friends, wherever in the world you are! I'm a little late in putting up this interview with Julie Kagawa, which is part of a blog tour to promote her newest book, The Iron Knight. Welcome, Julie, to Steph Su Reads! 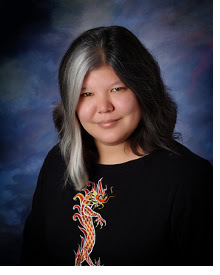 1. Out of all four books which has been your favorite to write?

I think my favorite to write was The Iron Queen, because that's when everything came together; the last battle, Meghan's destiny, her and Ash's fate, all the loose threads that wove together as this was the final fight. And it was satisfying seeing Meghan's story finally come to a close. Everything worked out, with the exception of her and Ash, of course, but that's where The Iron Knight comes in. ;-)

2. What are some of your favorite martial arts movies? Classics, animated, or modernized.

Too many to list, lol! But here are a few: Yojimbo, The Seven Samurai (anything by Kurosawa, actually), Ip Man, The Forbidden Kingdom, Zatto Ichi, Lone Wolf and Cub, Teenage Mutant Ninja Turtles (hush), Crouching Tiger Hidden Dragon, Hero, and the list goes on. (Don't even get me started with anime, we'd be here all night.) 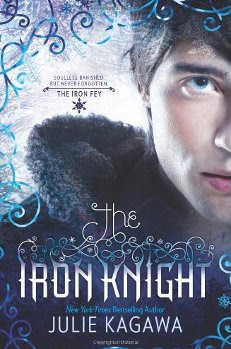 3. Had you already started Blood of Eden series before the Iron Fey series, or did the idea come from nowhere and wouldn't disappear?

I'd been toying with a post-apocalyptic world as I was finishing up The Iron Knight, but the idea to add vampires didn't come until my agent and I were discussing ideas for my next series. She mentioned that HarlequinTEEN was on the lookout for vampire books, and the idea to mesh the two together just sort of clicked.

4. Is Puck going to get his own book? Are you going to do any spin offs of other characters now that Ash and Meghan are together? Any chance for a novella of Ash and Meghan's new life together in the Iron Kingdom?

There is a spin off series in the works. This time it's Ethan Chase, Meghan's younger brother, as the protagonist, and I'm sure there will be many a cameo, including the original four. But that's all I can reveal at this time.

Thanks, Julie! If you've been following the Iron Fey series, be sure to check out its fourth and latest installment, The Iron Knight, now available in bookstores!
Posted by Steph Su at 10:39 PM