Jiuzhaigou, the Gem of China

In traveling China, a lot of it can begin to feel monotonous: the same kinds of dramatic mountains, the same preserved traditional villages, the same death-to-architectural-style Soviet-like concrete blocks in the cities. Jiuzhaigou, located in a fairly isolated spot in northern Sichuan Province, stands apart from all that. I spent two days there, and would gladly pay the ridiculous entrance fee every few months to see how the gorgeous scenery there changes with each season.

Jiuzhaigou (simplified: 九寨沟, traditional: 九寨溝) means "Nine Villages Gully" or "Nine Villages Valley," named after the minority villagers that used to live off the land here before it was turned into a national park. The accessible park area consists of three valleys that join together like a capital "Y". It's beautiful year-round, but most popular in the summer and autumn, when the water level is high and the colors at their fullest.

Early April meant fewer crowds, but it also meant that most things were not in bloom yet. However, the spotted effect is quite magnificent, in its own way: 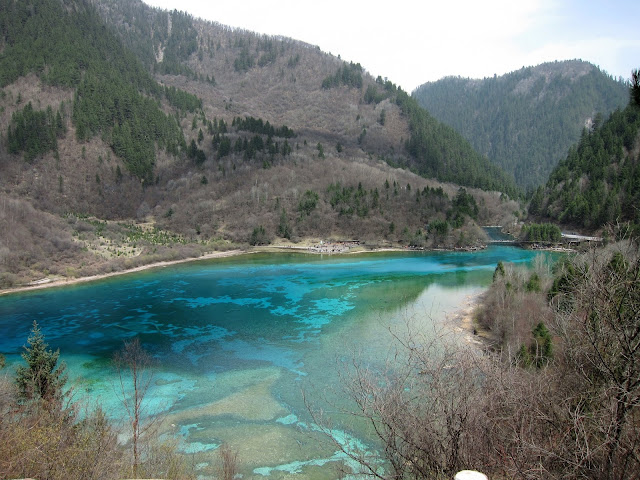 Here's a closer-up look at Five Flower Lake, considered by many to be the most stunning lake in the park: 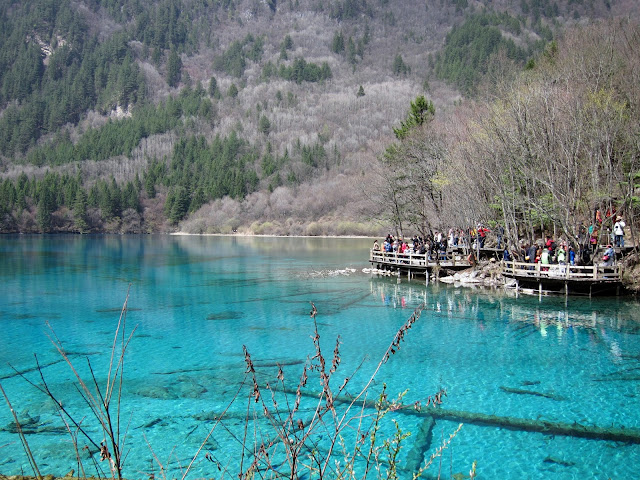 Many of the lakes in Jiuzhaigou are this impossibly turquoise color, the happy result of first being carved by glaciers, then mostly filled by slow-moving water seeping out of the ground that allows the water to be both clear and have a high concentration of calcium carbonate, travertine (limestone) formations, and ages-old natural debris.

Besides for crystal-clear turquoise lakes, there are also large and deep lakes, still clear, but darker blue. April also blesses visitors with snow-covered mountains in the background. Here is Long Lake, the largest, highest, and deepest lake in the park: 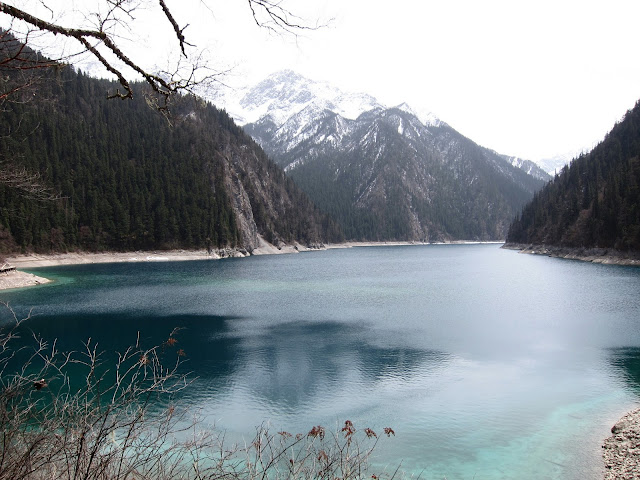 Besides for marvelous lakes, Jiuzhaigou also has a lot of WATERFALLS! 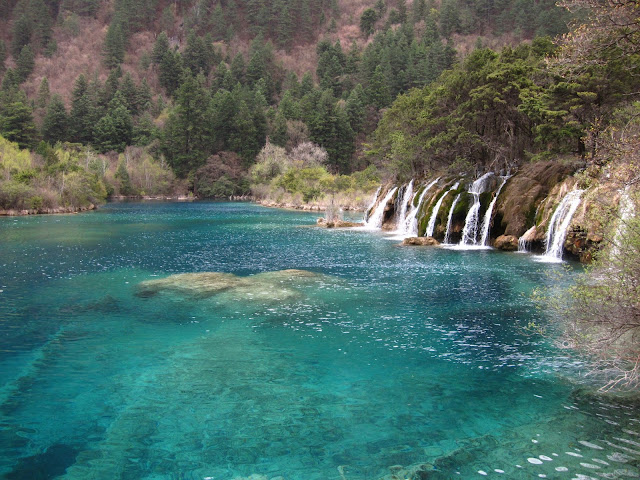 This last waterfall just might be my favorite spot in the whole park. It's an anonymous one within the Shuzheng Lakes, and hardly anyone was there because it was in between stops on the scenic bus. The water confidently surging over moss-covered rocks and into the pure turquoise lake was heaven.

Jiuzhaigou is for those who want to add some natural amazement to an otherwise history-laden China tour. It is so worth the effort it takes to get there. (More tips on how to get the most out of your Jiuzhaigou trip will follow in a separate post.)

And just because, here are some photos from the eight-hour bus ride from Jiuzhaigou to Chengdu as we left for the next leg of our journey (post to come). It had snowed the night before, and--well, I'll just let the pictures speak for themselves: 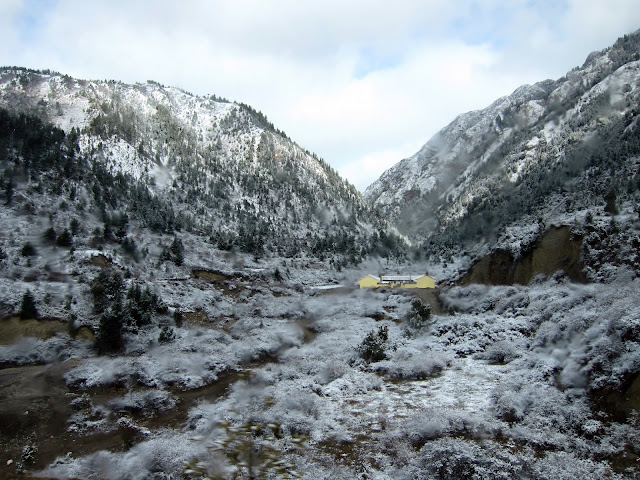 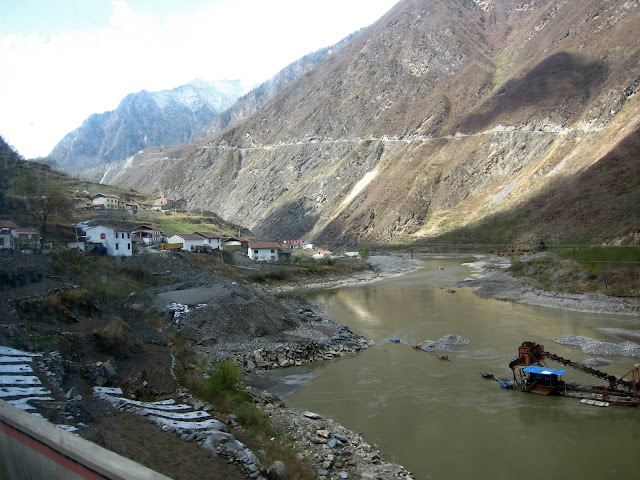 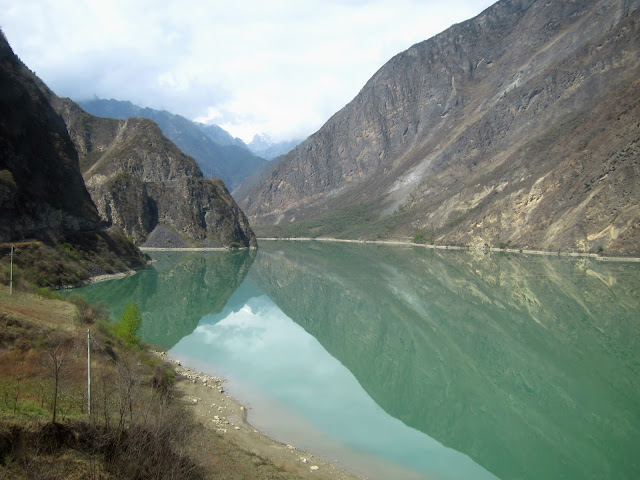 Sichuan is gorgeous, the people are friendly, and the food is delicious. I would happily go back and spend more time in that province.