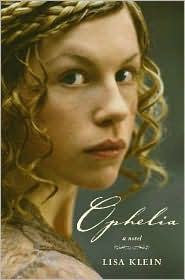 Tags: YA, historical fiction, retelling, feminism, deception, murder
Summary
Shakespeare’s tragedy, Hamlet, is practically required reading for every English student. But how much is really known about Ophelia, Hamlet’s “girl,” who goes mad and commits suicide in the original play?
Lisa Klein offers us a different perspective on the undeveloped Shakespearean character. Ophelia is a strong-willed and beautiful young woman living in the often treacherous world of court intrigue. For the most part shunned and used by her father and brother, the once tomboyish and willful Ophelia grows into a lady with wit and passion under the wings of court women such as Queen Gertrude. Yet she sometimes feels separate from the rest of the ladies when they speak of things such as love and marriage.
That is, of course, until she crosses paths with Prince Hamlet. Their attraction for one another is undeniable, and Ophelia soon finds herself spiraling downwards into love. But when, after the suspicious death of his father the king, Hamlet’s passion for Ophelia turns into a dreadful passion for revenge, Ophelia must carve out her own path, with or without her love, if she wants to live.
Review
It is refreshing to have one of Shakespeare’s usually passive female characters retold as a strong personality. Ophelia is very much a modern woman stuck in the early seventeenth century; you can find hearty doses of feminism and religious zeal in many passages throughout. Supporting characters, however, are incompletely sketched, and I never felt any real connection with Ophelia and Hamlet’s love for one another.
About half of the book focuses on what actually occurs in the play; the rest is about Ophelia’s attempt to survive away from Elsinore. Because she ends up at a convent, the second half of the book is very much focused on religion and finding peace with oneself, so much so that at times it can begin to sound preachy. Likewise, the text is supposedly “written by Ophelia,” since it’s her recalling her past, and thus I felt sometimes as if I were being held at a distance from what was going on in the story. Ophelia seemed to approach almost everything in her past at arm’s length in her “retelling,” and that, I think, unfortunately detracted from the story’s intimacy and appeal.
I wasn’t really happy with how the book dealt with sex in Medieval Europe. I expected more emotional duress—or at least a connection I could feel with those moments, sheesh!—but didn’t get it. The ending was so obviously predictable, though happy, that it was almost depressing how easily I could have guessed what was going to happen.
Overall, however, Ophelia is an interesting way to reapproach a familiar piece of literature. If you’re looking for something strongly pro-feminism with period language that sounds genuine, pick this one up. For the rest of us, we can borrow it from the library.

Similar Authors
Jennifer Donnelly (A Northern Light)
Libba Bray
Characters: 3/5
Plot: 3/5
Writing: 3/5
Overall Rating: 3 out of 5
Cover Discussion: 1.5 out of 5 - I'm not really a fan of this. Unless you picture Ophelia as a Gwyneth Paltrow lookalike, I'm not quite sure how the model relates to her character. I like the font and title treatment, though. What about you guys?
Posted by Steph Su at 8:36 AM

Email ThisBlogThis!Share to TwitterShare to FacebookShare to Pinterest
Labels: 3, lisa klein, review, YA