I feel a little like an underachiever, starting 2010 off with such an unassuming, resolution-, goals-, and challenge-free post (I mean, not like one of those will come around soon or anything), but my brain is currently borderline manic depressive mush right now--easily the result of having to be around too many people for celebratory reasons in the past 24 hours--and I can't muster up the energy to write anything remotely intelligent or profound right now. Ergo...

(If you can't tell, I've also been watching silly girly anime for the past few hours. Ah, nothing like shojo anime as mindless brain candy.)

I've tried--and failed--to read this quirky Australian YA novel a few times (it's written in this experimental poetry-prose, often not following grammatical rules), but I do think that the cover is attractive. It's really simple, really, just a picture of a generic model, the simple but strong colors, some well-placed lighting, and cutesy font. Actually, the covers for her other books are also attractive to me, and I'm slightly ashamed to say that I've held on to these books not because I like them, but because the covers are just nice to look at. Heh. What? It's "Steph is allowed to be dumb" Day.

Brigid Lowry's other books, Follow the Blue and Things You Either Hate or Love: 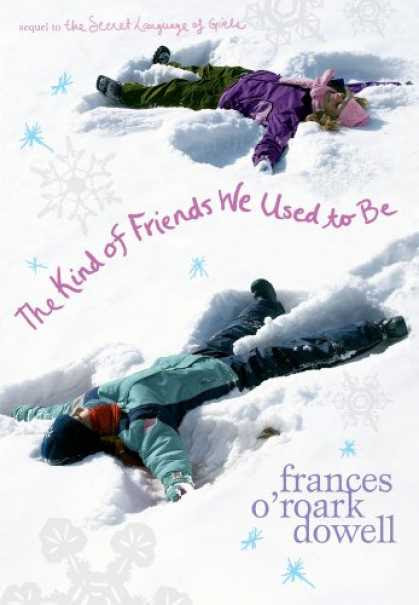 And now for something really different. Personally I feel like strategically placed color on an otherwise monochromatic cover is a powerful technique that's not used often enough. True, the model is a little bland and tells me nothing of the story, but I would definitely pick this up just by those bright, eye-catching colors.

So what do you guys think of these covers? Do they or do they not work to catch your attention? Oh, and HAPPY 2010 NEW YEAR!!!
Posted by Steph Su at 10:57 PM