Rescued from the gallows in 1850s London, young orphan (and thief) Mary Quinn is surprised to be offered a singular education, instruction in fine manners — and an unusual vocation. Miss Scrimshaw’s Academy for Girls is a cover for an all-female investigative unit called The Agency, and at seventeen, Mary is about to put her training to the test. Assuming the guise of a lady’s companion, she must infiltrate a rich merchant’s home in hopes of tracing his missing cargo ships. But the household is full of dangerous deceptions, and there is no one to trust — or is there? Packed with action and suspense, banter and romance, and evoking the gritty backstreets of Victorian London, this breezy mystery debuts a daring young detective who lives by her wits while uncovering secrets — including those of her own past. [summary from Goodreads]

I've been wanting to read this since it was released in the UK last April. At long last, it has a US cover though, and isn't it GORGEOUS? It reminds me so much of "children's classics" such as The Little Princess, Little Women, etc. I don't read much historical fiction, but this one definitely has a very action-adventure-y feel, a la Sherlock Holmes (incidentally, who else saw this movie recently in theatres and wanted more of the same feel in stories?), and I really want to read it!

But man, I'm torn as to whether I like the US or UK covers more. I was lukewarm towards the UK cover (below, left), but then I saw the UK cover for the sequel, The Body at the Tower (August 2010): 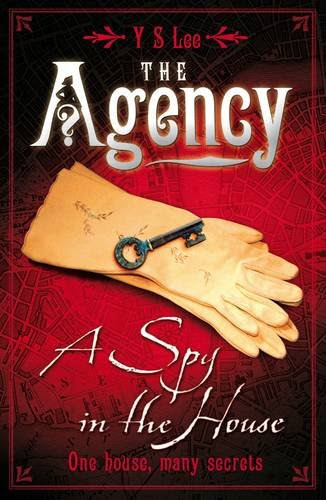