This is going to be such an incomplete IMM: two weeks' worth of books and I lost track, so I'm just going to show here the books I got for review... 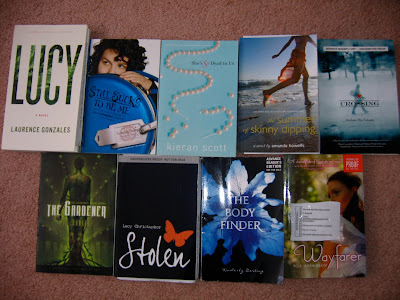