How To Deal With Thieves 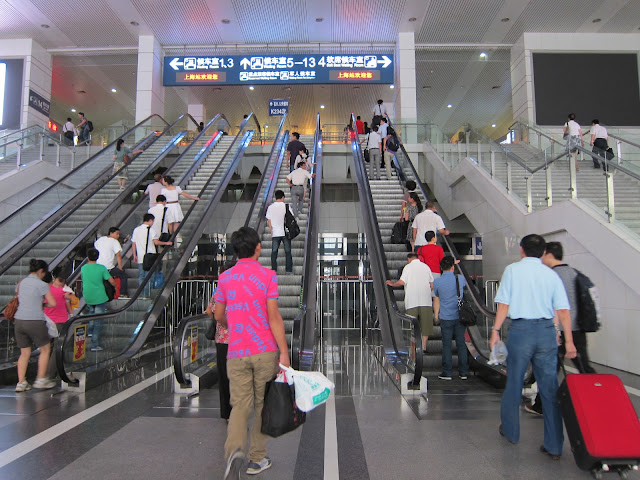 Yesterday morning, on my way from the bus stop to the train station, a thief attempted to unzip my backpack and steal whatever he could get his hands on. Fortunately, he didn't succeed, but last summer, when I had been in China only about a month, I had my wallet stolen from my backpack as I was walking from the train station to the taxi line. (Tangentially, I hate Chinese train stations now; my heartrate gets elevated every time I go near it.)

When my wallet was stolen, what followed was a world of inconvenience, as I scrambled to cancel debit cards and report them as stolen, make new copies of the keys and keycard to my apartment, and basically just inconvenience the hell out of my apartment-mates with my keylessness. This time, of course, all ended well. I even got a look at (the back of) the would-be thief: short, skinny, male, dressed all in black, head down as he watched passersby out of the corner of his eyes. I was in too much of a shock at the moment to do anything except rezip my backpack, but then I spent the rest of the day dreaming up possible things I could have done to him.

Things That Steph Wishes She Could Have Done to the Thief:
Vengeance: it feels so good.

Alas, consult the title of that list. Therefore, I will channel my unspent anger into giving (probably unnecessary, for you urbanites) advice on how not to let yourself be a target for thieves in China, which really boils down to one thing:

Avoid using backpacks as much as possible.
Posted by Steph Su at 10:00 AM

Email ThisBlogThis!Share to TwitterShare to FacebookShare to Pinterest
Labels: Shanghai