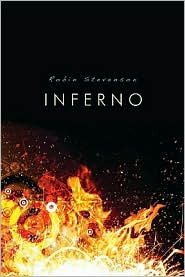 Publication date: April 28, 2009 (today)
Tags: YA, rebellion, dissatisfaction, parental misunderstanding, therapy, homosexuality, friendships, arson
Rating: 2 out of 5
Summary
Ever since her only friend, Beth, moved away, Dante has hated her new high school, Glen Ridge Secondary School. Hours of sitting in pointless classes, being bullied by mean teachers, forced to follow the school rules without complaint…Her parents aren’t making it better for her either. Her mother doesn’t want Dante to become a social outcast, and yet insist on keeping her tightly reined, as if that will help her daughter.
Then one day, a strange girl thrusts a flyer that says “Woof, woof. You are not a dog. Why are you going to obedience school?” into Dante’s hands, and Dante thinks she has found a soulmate. The girl, Parker, introduces Dante to two other guys who have similar thoughts about established institutions such as schools and jails, and they do things to protest the mundanity of it all. For once, Dante is elated, and she continues to be inexplicably drawn to Parker and unable—or unwilling—to explain her feelings.
But when her friends plan something that can really be out of control, and Parker needs her help, what is Dante to do? How much is too much, and what done in the name of protest is actually useless, unhelpful, and dangerous?
Review
INFERNO deals with an overwhelming number of issues in a way that leaves us unsatisfied. In the span of a little over 200 pages, Stevenson tries to deal with rebellion, parental misunderstanding, homosexuality, arson, unhealthy vs. healthy friendships…Whoa! There are probably more that I missed. Just one of these topics is something that deserves a book to itself. Cramming all of these into one book results in me feeling dissatisfied and cheated out of a better, more complete and fulfilling story.
Dante is a mediocre protagonist who makes bad decisions I often can’t relate to; as a result, she hardly garners my respect and empathy. Similarly, Parker, while a compelling IDEA of a character, falls flat in practice. Her personality ranges from enigmatic, strong, and intelligent to scared and indecisive, to flirtatious and manipulative. While it is totally possible that all of these traits exist in one character, in Parker they felt disjointed, as if she were three different characters trying—and failing—to masquerade as one. As a result, I was unable to sympathize with her character, even though I admit that her problems are plenty and definitely deserve attention and maybe even therapy.
Similarly, other supporting characters are either one-dimensional or else so caricature-esque that I couldn’t get into them. Jamie, Parker’s boyfriend, is unrelentingly the angry disenfranchised youth with the unexplained past. Leo, their other friend, has a backstory, but it seems totally separate from the person he is now. Dante’s mother was infuriating, but that was probably for personal reasons. I only wish that Dante’s parents were more complex characters, so I could actually believe their shifts in emotions and the mother-daughter bonding moments. Because right now I don’t believe them.
All hope is NOT lost, however. The plot, while predictable, still managed to capture my attention and keep me reading. This book is really a plot-driven one. INFERNO is a beginners’ introduction to a variety of complex issues that need to be explored at a greater depth. I’m not sure who to recommend this to because there are much better books that discuss these topics out there.

Email ThisBlogThis!Share to TwitterShare to FacebookShare to Pinterest
Labels: 2, review, robin stevenson, YA