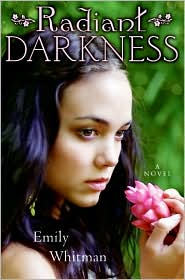 Publication date: April 28, 2009
Tags: YA, middle grade, fantasy, Greek mythology, retelling, independence
Overall Rating: 3 out of 5
Summary
Teenage goddess Persephone lives in the loveliest vale created especially for her by her mother, Demeter, to protect her from the influences of men. But Persephone is not happy in her own little heaven. Demeter is belittling and babying, never allowing Persephone to attend any functions of mortal worship, always buying her toys that Persephone had loved as a child but now find childish.
One day, a dark and alluring stranger appears in the vale with his chariot. Persephone is imperceptibly drawn to this stranger, and even when he turns out to be Hades, powerful and feared king of the Underworld, she barely hesitates at his offer to be queen by his side for eternity. In Hades’ Underworld Persephone assumes her queenly duties but also finds delight in her garden and observing the mortals. Her husband is not perfect, but she is happy.
But all is not right in the world. Demeter, grief-stricken and determined to get her daughter back in her “safety,” ravages the world until Persephone cannot deny the fact that her mother is destroying the earth to get her back. Persephone must make a choice: will she remain in the Underworld where she is successful and happy, or will she right the wrongs that her leaving has created by returning to her mother?
Review
RADIANT DARKNESS is like a lot of Greek myths and fairy tales: fascinating although perhaps not brilliantly written. (Who said the Grimm brothers were actually skilled with words, not just ideas?) The world where Persephone and her fellow gods, goddesses, and shades reside is alluring and inviting: descriptions of lush valley life and the hustle and bustle of a busy Underworld will make you, like me, long for somewhere on earth that’s just as beautiful.
Persephone is a surprisingly versatile character, really just a teenage girl who’s trying to gain independence from her overbearing mother. Her conflict with Demeter, one that comes naturally with the territory of adolescence, is something we can all relate to.
However, I found RADIANT DARKNESS lacking in almost everything else. Besides for Persephone, none of the other characters—who were all fascinating characters that I would have loved to know more about—were solidly defined for me. Hades’ and Persephone’s relationship developed swiftly and excitingly, and then fell flat on its face once, you know, they were actually married. And you wonder why people always say it’s all downhill from the wedding. No excitement. No change.
It’s not a particularly brilliant written story—will probably appeal more to middle school mythology fans—but RADIANT DARKNESS still has its charm and its strength in its protagonist.

Similar Authors
Aimee Friedman
Beth Mayall (Mermaid Park)
Eva Ibbotson
Writing: 3/5
Characters: 3/5
Plot: 3/5
Overall Rating: 3 out of 5
Cover Discussion: 4.5 out of 5 - I just love this cover. The gorgeous color saturation, the exotic looks of the model, the plant/fruit (is that a pomegranate? if so, that would make sense with the story) that stands out so strikingly against the model's coffee-colored skin and the green landscape behind her. Very representative of Persephone's world!
Posted by Steph Su at 3:07 PM