Susannah Terrell French is the author of the wonderful middle-grade eco-adventure novel Operation Redwood, which I reviewed yesterday. She was gracious enough to answer some of my questions in an interview. Welcome, Susannah, to Steph Su Reads! 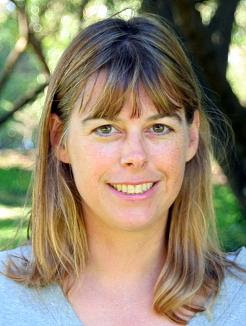 1. What is your one-sentence pitch for Operation Redwood?

Operation Redwood follows the adventures and misadventures of four kids as they try to save a grove of redwoods; Elizabeth Bird in her School Library Journal blog called it "one of the finest children's novels of the year . . . . [A] true emotional journey full of adventure, friendship, complex morality, trust, lies, and discovery."

(If I use a semi-colon, does it count as one sentence?)

2. I'm afraid that's cheating... but we'll let it slide! :) How did you come about your passion for redwood forests?

As an environmental lawyer, I helped defend timber harvesting regulations that were meant to protect the local forests, which were mostly redwoods. At one point, the timber industry was arguing that cutting down redwoods along streams was actually good for salmon and other wildlife because the redwood trees were sucking up all their water! In fact, redwoods increase the water available in an eco-system because they provide shade and channel the heavy summer fog into the ground. Before that, when my older son was an infant, we went camping all along the redwoods of the northern California coast. The forests there were so magnificent, anybody would love them.

I think the one in Operation Redwood! I love that it has a little shelter and an open deck and you can get to it using a pulley seat. My dream tree house might have a zip line to get back down.

4. The main character, Julian, is half-Chinese, and while his ethnicity is an important part of his identity, it never bogs the story down. What made you decide to make him half-Asian?

My husband is Chinese-American, so my own kids are "half-Chinese." I found it frustrating that almost the only books I could find with Asian main characters were set in Asia or had specifically Asian-American themes (immigration, discrimination, going to Chinatown). While these are great topics, I thought there was also a place for a story about an Asian-American kid which had nothing really to do with his ethnic identity. San Francisco is such a multicultural City that having parents from two different cultures or countries is almost the norm, so it was easy to write a book about a half-Asian character that didn't involve any soul-searching about ethnicity.

5. I completely agree with that! Now, nonfiction YA has been getting new attention recently. Do you have any favorite nonfiction books about environmentalism that you would recommend to teen readers?

For older teens, Richard Preston's The Wild Trees is a fantastic story and I really enjoyed Bill Bryson's A Short History of Nearly Everything, which is about the environment in the larger sense. For younger readers or readers of all ages, Tracking Trash by Loree Griffin Burns is a great read. 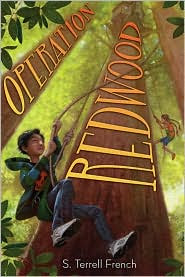 6. While Julian is endearingly quiet and observant, I particularly love Danny's goofy yet real presence in Operation Redwood. From where did you draw your inspiration for Danny's character?

Danny's character was largely inspired by my older son's friends, who were about Julian's age when I was writing Operation Redwood. They were just a very funny, warm-hearted, smart group of kids (and still are!). Also, I had a childhood friend who was bilingual in Spanish, like Danny, so there's a little of that mixed in.

7. You've studied in many fields and worked a variety of jobs. Which one was your most interesting?

Working as a Forest Service volunteer in Misty Fiords National Monument in Alaska. We got to fly around in float planes and stay in remote cabins in the wilderness.

Misty Fiords National Monument - beautiful!
8. What's the most Robin-like thing you did when you were her age?

Run around barefoot in the forest. But they were little Maryland forests, not redwoods!

9. What natural wonder would you like to see before you die?

The whole natural world is pretty much a wonder. I'd like to be in a place where the stars are very bright during a meteor shower. I tried once in Hawaii, but it turned out the moon was too bright to see very well.

10. Do you have any future works in store for readers?

I'm working (slowly) on another novel set in San Francisco.

Thank you so much for stopping by, Susannah! I'm looking forward to reading future books by you. :)

My friends, I highly encourage you to check out Operation Redwood; I'm not exaggerating when I say it's one of the best middle-grade novels I've read in a long time. You can also check out Susannah's author website at www.operationredwood.com. Happy reading!
Posted by Steph Su at 10:10 AM