So, when Penguin released their Fall 2011 catalog a couple weeks ago... talk about an explosion on my wishlist! I'm going to highlight several that I'm really excited for:

The Probability of Miracles by Wendy Wunder
(Razorbill / Dec. 8, 2011)


Cameron Cooper, a cynical teenage girl dying of cancer, is told by her doctors she needs a miracle to survive. In a last-ditch effort to save her daughter’s life, her mother takes her to a small town in Maine rumored to be magical. If there’s a shot for Cameron, her mom believes, it’s here. But for Cameron, believing in miracles would mean believing she has another chance at life ... and that’s dangerous for someone who knows better than to get her hopes up.

As the girls settle into Promise, amazing things start happening: it snows in August; there’s a rainbow when it doesn’t rain; a flock of flamingos takes residence in the pond behind the high school, even though they’re not supposed to live this far north. Cameron, a scientist at heart, searches for explanations for these bizarre occurrences, refusing to believe they’re miracles.

But soon, the magic of the town—and her feelings for Asher, a local boy who seems to know Cam better than she knows herself—become impossible to deny. Over the course of the coming months, Cameron lets go of her cynicism and opens herself up to life and the world. In the end, Promise is a magical place, but for Cameron becoming a believer might just be the biggest miracle of all.

This has all the right elements for a sap-fest: cancer, a small town, a romance... plus this little magical twist that I'm very intrigued by. 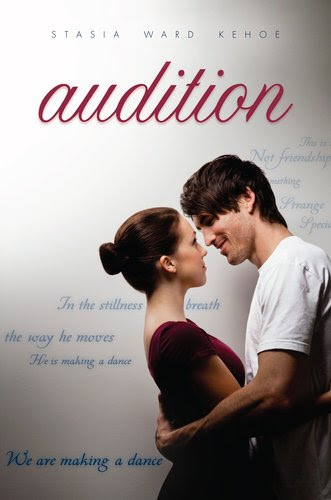 
When high school junior Sara wins a coveted scholarship to study ballet, she must sacrifice everything for her new life as a professional dancer-in-training. Living in a strange city with a host family, she’s deeply lonely—until she falls into the arms of Remington, a choreographer in his early twenties. At first, she loves being Rem’s muse, but as she discovers a surprising passion for writing, she begins to question whether she’s chosen the right path. Is Rem using her, or is it the other way around? And is dancing still her dream, or does she need something more? This debut novel in verse is as intense and romantic as it is eloquent.

Okay, so the intrigue in this is probably coming off of watching Black Swan in January. And here's a YA where the MC questions whether or not romance fulfills her. Add to that that lovely cover... me wants! 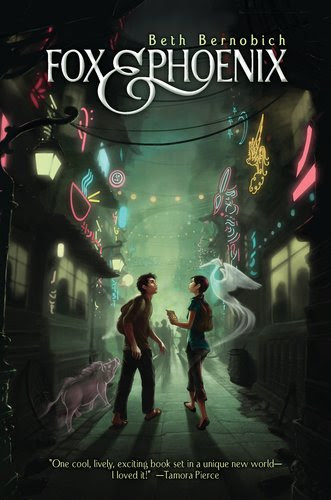 
The king of Lóng City is dying. For Kai Zu, the news means more than it does for most former street rats in the small mountain stronghold, because he and the king’s daughter are close friends. Then the majestic ruler of the ghost dragons orders Kai to travel across the country to the Phoenix Empire, where the princess is learning statecraft. In a court filled with intrigue, Kai and his best (female) friend Yún must work together to help the princess escape and return to Lóng City. A refreshing mixture of magic, wit, and action, Fox and Phoenix is an auspicious debut!

An Asian-inspired fantasy! We don't have enough of those. I also really like that cover: it's a wonderful blend of the colorful, the exotic, and the mystical.


For budding costume designer Lola Nolan, the more outrageous, the outfit—more sparkly, more fun, more wild—the better. But even though Lola’s style is outrageous, she’s a devoted daughter and friend with some big plans for the future. And everything is pretty perfect (right down to her hot rocker boyfriend) until the dreaded Bell twins move back into the house next door.

When the family returns and Cricket—a gifted inventor and engineer—steps out from his twin sister’s shadow and back into Lola’s life, she must finally reconcile a lifetime of feelings for the boy next door.

Would a WoW featuring Penguin's Fall 2011 books be complete without mentioning this gem? Steph's first novel, Anna and the French Kiss, was one of my favorite debut reads of 2010. There can be no doubt that her sophomore novel will be just as charming and romantic.
Posted by Steph Su at 9:55 AM