Well, I tried putting off writing these posts for several weeks because once I write these I'll feel like there's nothing left of my New Zealand trip... and it was heavenly. I'd take nature over people any day, and NZ is basically paradise for that: with a population of about 4 million and plenty of land where there's not a soul in sight.

The trip started in Auckland, NZ's largest city--so, like, a million people. Highlights here were a boat trip in Auckland Harbor and a 16km walk that took us from the CBD into the outermost outskirts of Auckland: 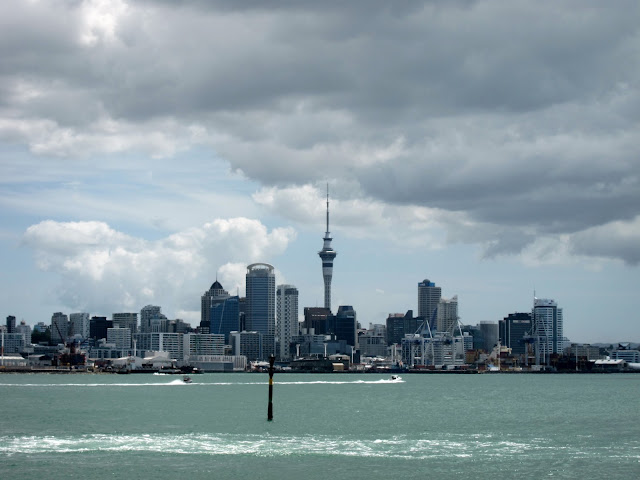 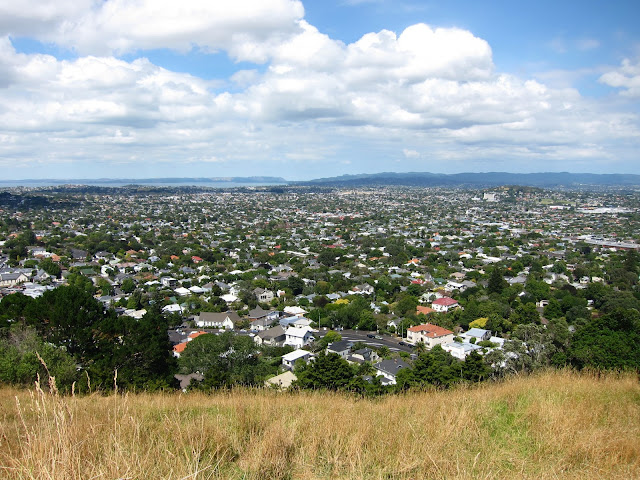 Traditionally, Kiwis bought quarter-acre lots to build their own home. This resulted in Auckland's spread-out appearance. 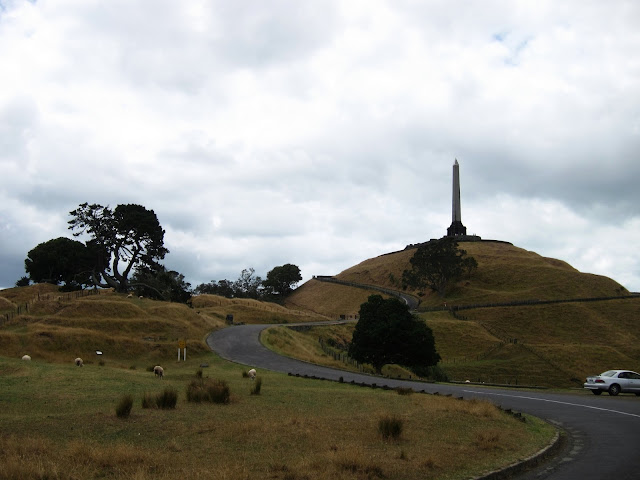 One Tree Hill... and sheep.

The North Island lies atop a volcanic field, and traces of ancient volcanic activity are everywhere in Auckland, such as in this perfectly circular crater on Mt Eden: 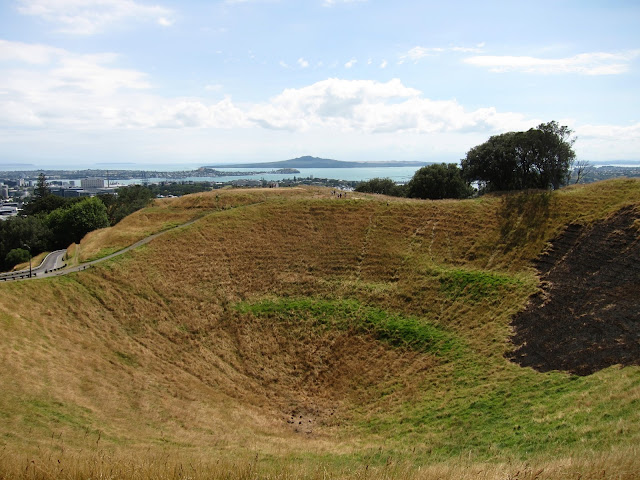 Next stop: Northland, the peninsula north of Auckland, where we rolled past gloriously pastoral scenery: 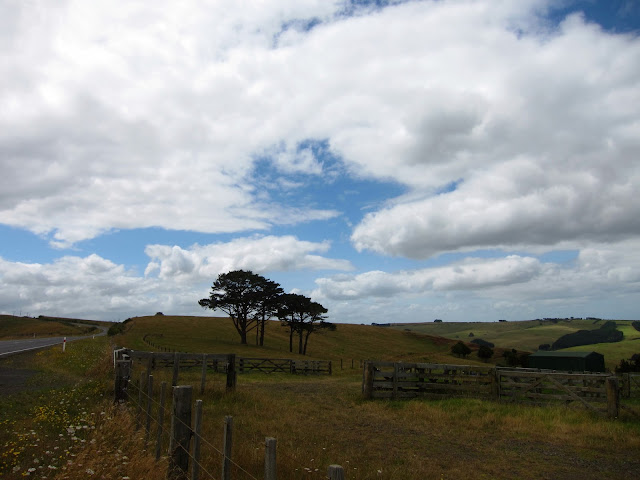 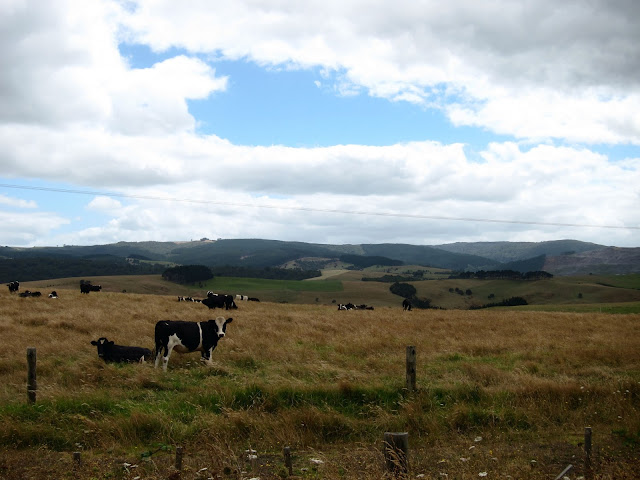 Most people come to the Northland for a handful of sights: Cape Reinga, the northernmost accessible tip of New Zealand and a place of great spiritual importance for the Maori people-- 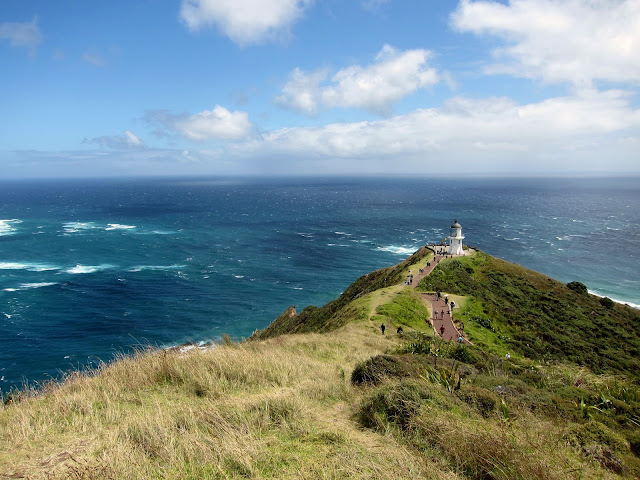 And the Bay of Islands-- 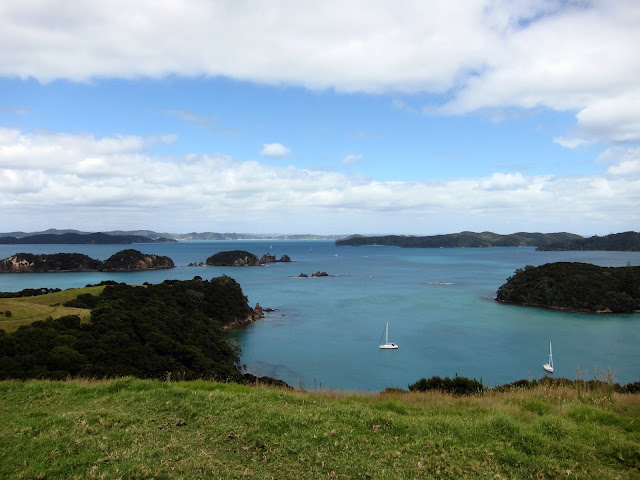 We got so lucky on our Bay of Islands boat ride: it just so happened that a family of orca whales (aka killer whales!) was feeding there that day--they only come about once every 7-8 weeks--and we saw them breaching up close, right by the side of our boat! We also thought we wouldn't be able to see any dolphins on our trip, since they tend to hide when the killer whales are around, but right at the end of the ride, a school of dolphins came swimming and jumping and leaping our way, dancing right in front of the boat for all to see. I was giddy with child-like joy!

Next stop after Northland: Coromandel Peninsula, on the northeastern side of the North Island, for a few days of the relaxing beach life. 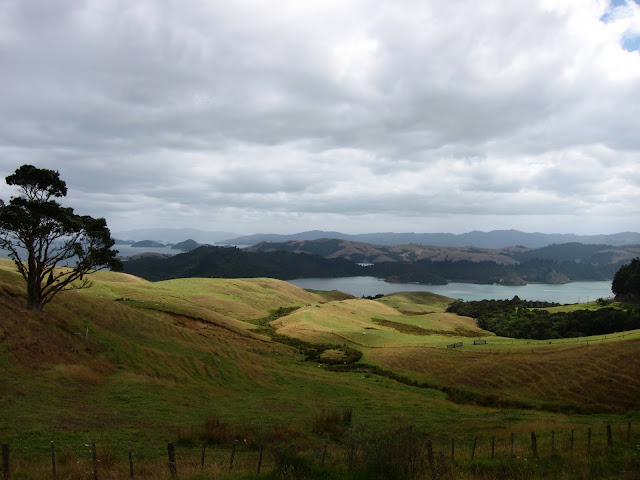 Random pic taken from a stop along the road. I just... no words... 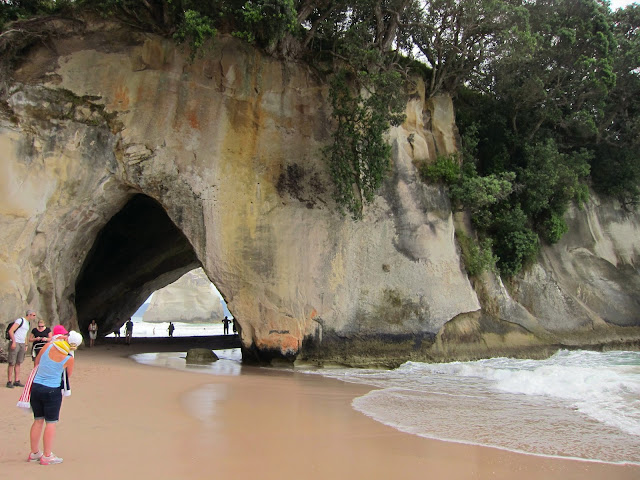 This is Cathedral Cove, a giant, naturally-carved passage with brilliant acoustics and a beach on either end.

I already feel like I've posted too many pictures in one blog post, but in an effort to keep my NZ blog post series to three (the limit I set for myself), here are just a couple more, from our next stop, Rotorua, where the two biggest features are 1) geothermal activity and 2) an extremely polished and professional Maori performance and dinner. In lieu of not-very-exciting pictures of geothermal activity (really, they're nothing to write home about), I give you two videos.

The first is the performance right at the beginning of the evening, as we (the visitors) are asking for permission to enter the Maori village, and the Maori warriors are doing their best to intimidate us:

The second is of one of the lovely Maori song-and-dances that the performers put on:


That's all for now! Tune back in soon for posts on the rest of my trip in New Zealand.
Posted by Steph Su at 3:06 AM