Catch up on my New Zealand adventures in Part 1!

A couple of whirlwind days up ahead. First stop: Lake Taupo, New Zealand's largest lake, larger than the entire country of Singapore. But what I really enjoyed about my time here was this: 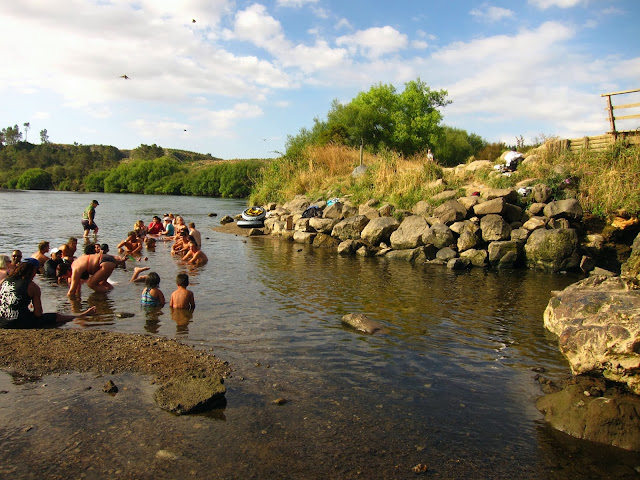 A natural hot springs area: hot water bubbling out of the ground, flowing over rocks in short waterfalls, and mixing pleasantly with the cold river water!

The Waitomo Caves themselves were nothing to write home about (look, it's a cave, you can find similar in many other places in the world, for much less money), but the surrounding area? 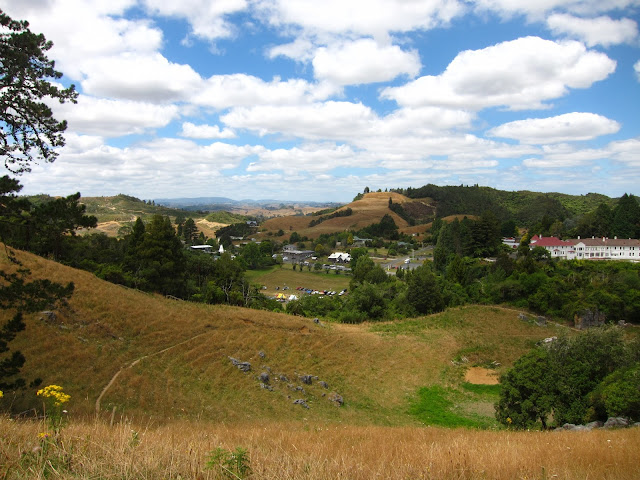 And this was the view from my National Park hostel (LOTR fans should get a kick out of this): 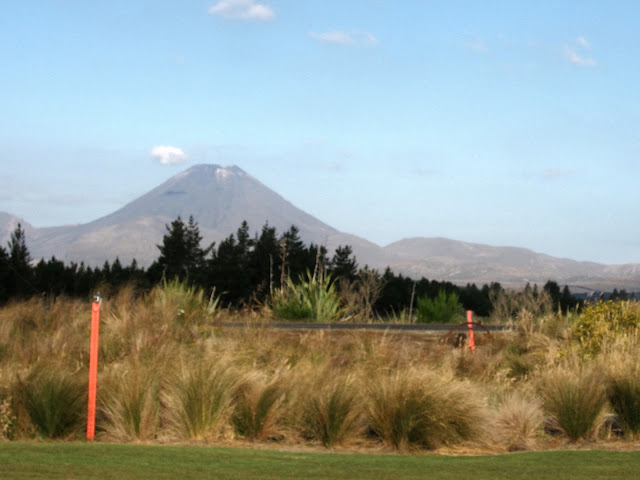 Why, hello there, Mt Ngauruhoe, aka the single-vent volcano that was Mt Doom in the movies.

The boy and I wanted to do the Tongariro Alpine Crossing, which some people say is the best day hike in all of NZ. Unfortunately, the one stormy day we had in NZ occurred on the day of the hike. Park Services closed off the mountain, and so we spent the day indoors, alternately watching the Super Bowl (what was up with that power outage?) and the wind dipping saplings like dance partners.

Kiwi cities are astonishingly lovely, laid-back, and walkable places to be. "Windy Welly" deserves its reputation--the afternoon we arrived in the city, the wind was so typically strong that our backpacker bus was rocking all over the place--but on the second day, the wind died down, revealing crystal-clear skies and water, and a whole city full of people ready to relax in the summer weather. 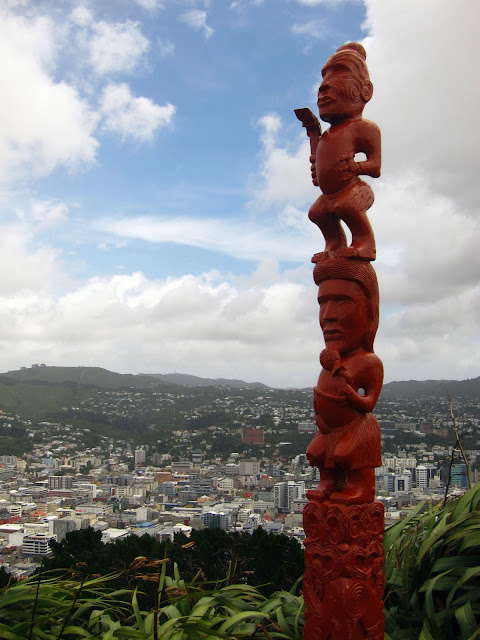 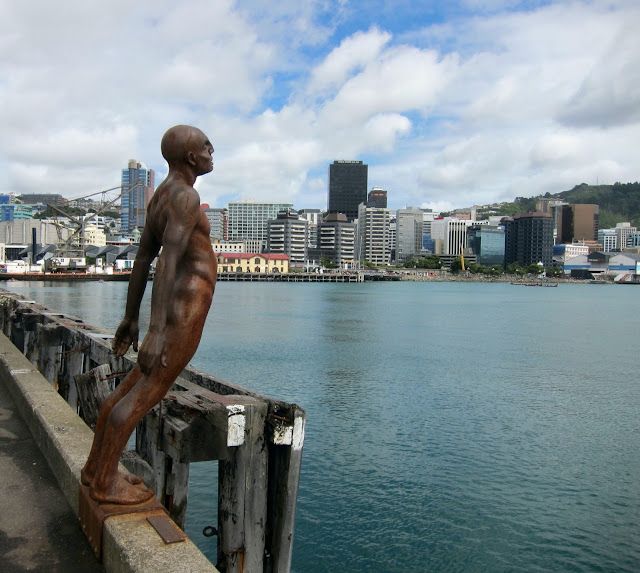 An art sculpture I really loved, positioned on the edge of the walk around the harbor. 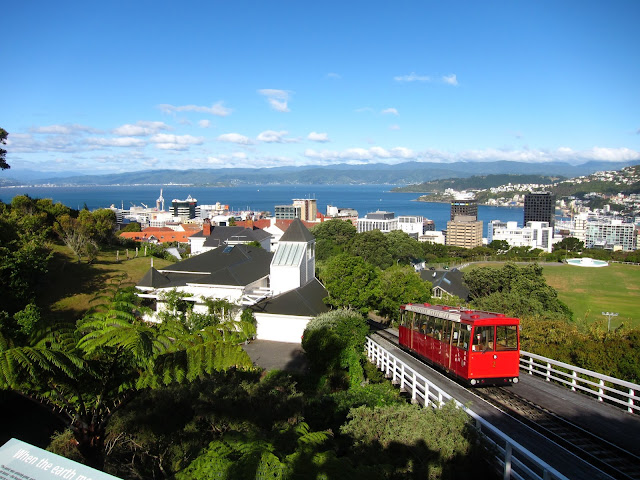 The view of Wellington and Wellington Harbor from the top of Welly's well-known cable car ride.

Goodbye, North Island! Early this morning we boarded the Interislander Ferry to go between NZ's two islands. The ferry is like a stripped-down cruise ship that makes numerous three-hour trips across the Cook Strait and takes you through the Marlborough Sounds so that you can see sights like this: 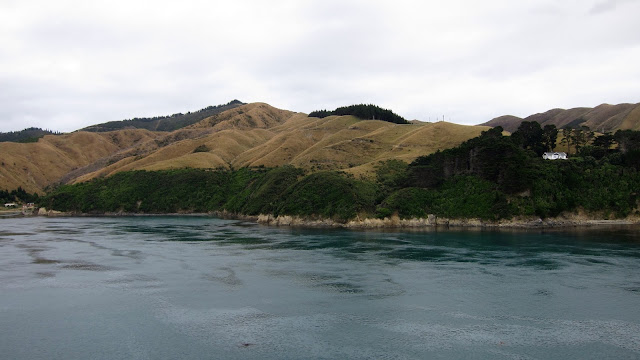 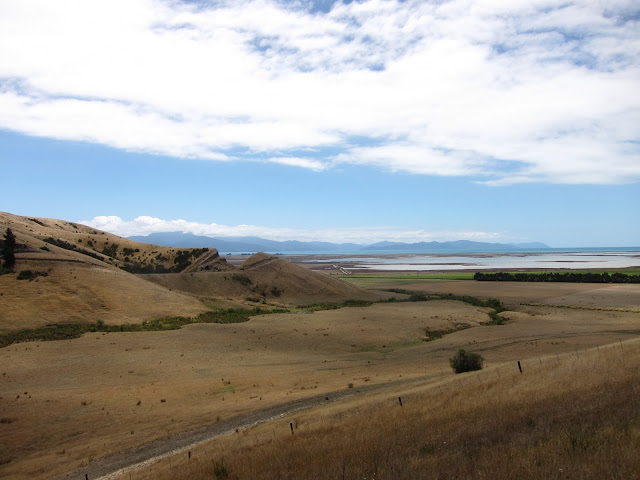 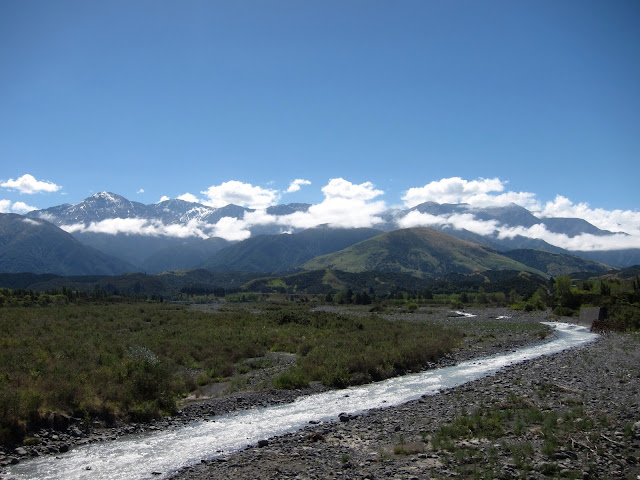 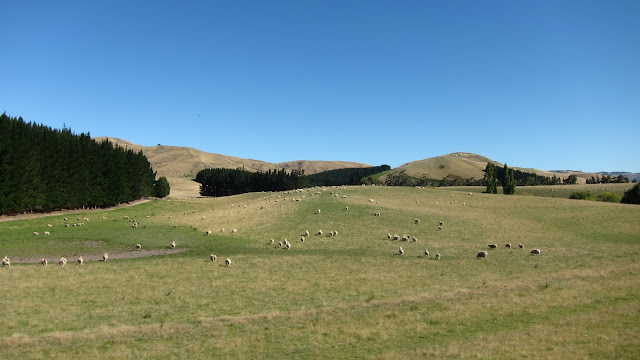 Look at them sheep running away from the train!

The train dropped us off in Christchurch, traditionally the most English of NZ cities--until the 2010-2011 earthquakes, of course. You may have heard of the particularly devastating one that occurred in February 2011. The succession of earthquakes had a permanent impact on the city's appearance: approximately a quarter of the city's buildings were damaged or condemned as a result. Now, the CBD is still cordoned off, with familiar structures like the Christ Church Cathedral possibly never to return to their former glory. Even out in the suburbs, you see empty lots on every street, the final bit of evidence that a house used to stand there until it was deemed not earthquake-worthy. 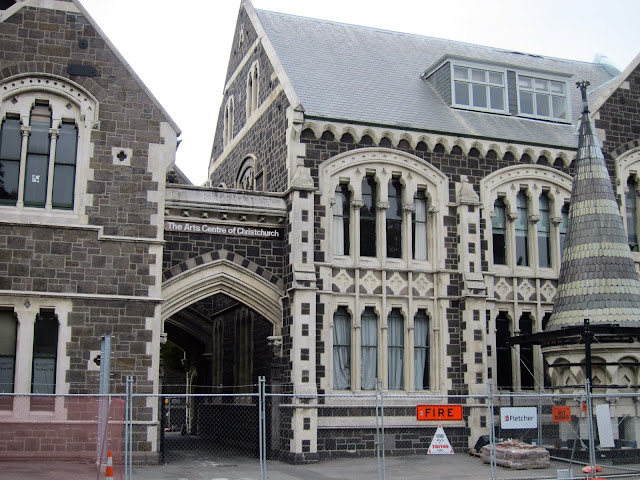 The once-bustling Arts Centre is now entirely cordoned off as they try to save what's left of the beautiful architecture.

However, this rebuilding also gives Christchurch the chance to redefine itself and put itself at the forefront of 21st-century urban design. The Re:START Mall, for instance, is the most happening place in the city center, and consists of shops and cafes made entirely of old shipping containers: Nevertheless, some parts of Christchurch are still as stunning as ever, notably the Christchurch Botanic Gardens, where the classic Christchurch activity of "punting on the Avon" still occurs amid green beauty: 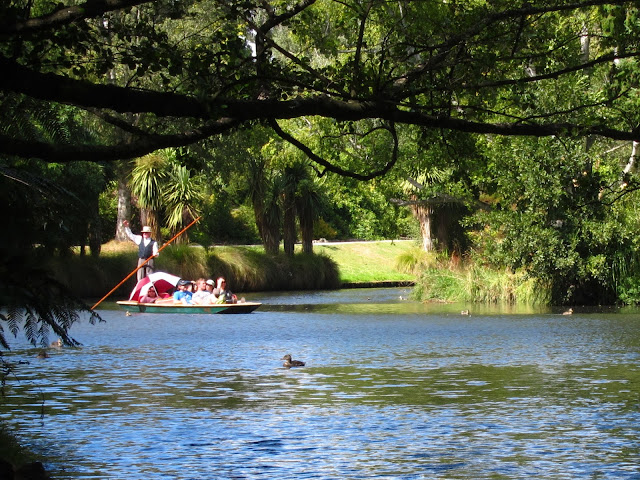 And Part 2 wraps up here for now. Deep breath as we remember to breathe and I work on the final part about my NZ trip!
Posted by Steph Su at 1:00 AM