In My Mailbox is hosted by the marvelous Kristi of The Story Siren. Head over to her blog to check out what other bloggers got in terms of books this week!
Not as crazycrazy as previous weeks because I've been directing my mail back to my house in anticipation of the end of the semester (two days!). But I'm very happy. As always. Hehe. :) 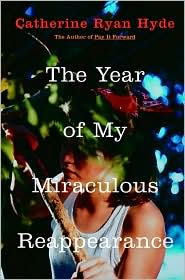 The Year of My Miraculous Reappearance by Catherine Ryan Hyde
Cynnie can take care of herself—and more importantly, she can take care of her little brother, Bill. So it doesn’t matter that her mom is drunk all the time. Cynnie’s got her own life. Cynnie’s the one Bill loves more than anyone. Cynnie’s the real mother in the house. And if there’s one thing she knows for sure, it’s that she’ll never, ever sink as low as her mother. But when things start to fall apart, Cynnie needs a way to dull the pain. Never say never.

This unflinching look at the power of addiction is the story of one girl’s fall into darkness—and the strength, trust, and forgiveness it takes to climb back out again.
I loved Hyde's Becoming Chloe when I read it earlier this year; you can read my review here. So I'm looking forward to reading this one! 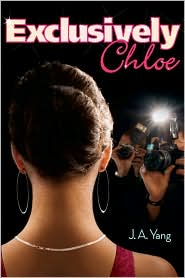 Exclusively Chloe by J. A. Yang
Chloe-Grace can't help it—she's spectacular. How could she not be with celebrity parents who have been the queen and king of Hollywood for years? And Chloe is a celebrity all unto herself as well— she's the first celebrity-adopted kid in Hollywood. But now Chloe's sixteen, and she is tired of every undesired moment of the world's attention. She wonders what it would be like to be a "normal" kid in a regular school. To really understand it, though, she would need to go undercover. So after getting a "make-under" at the hands of her mother's fabulous stylist, she enters the "real" world. But she soon finds out that there is just as much drama there as there is in Hollywood....
A great big THANK YOU to Jon and Penguin for sending me a copy of this book. It looks like a lot of fun, and summer's coming up, so you know what that means... :)
I had a car on campus this week (yay!), and so to reward myself for writing three papers over the past two days, I took a trip off campus to Borders, coupon and membership card in hand. 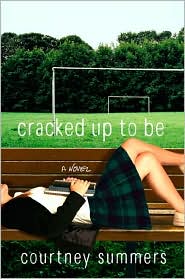 Cracked Up to Be by Courtney Summers
Perfect Parker Fadley isn’t so perfect anymore. She’s quit the cheerleading squad, she’s dumped her perfect boyfriend, and she’s failing school. Her parents are on a constant suicide watch and her counselors think she’s playing games…but what they don’t know, the real reason for this whole mess, isn’t something she can say out loud. It isn’t even something she can say to herself. A horrible thing has happened and it just might be her fault. If she can just remove herself from everybody--be totally alone--then everything will be okay...The problem is, nobody will let her.
I just started reading this and it is already incredible. I think I know what I will be doing in the next few hours... 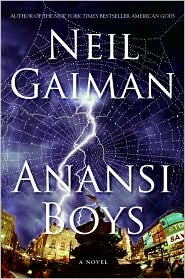 Anansi Boys by Neil Gaiman
When Fat Charlie's dad named something, it stuck. Like calling Fat Charlie "Fat Charlie." Even now, twenty years later, Charlie Nancy can't shake that name, one of the many embarrassing "gifts" his father bestowed -- before he dropped dead on a karaoke stage and ruined Fat Charlie's life.

Mr. Nancy left Fat Charlie things. Things like the tall, good-looking stranger who appears on Charlie's doorstep, who appears to be the brother he never knew. A brother as different from Charlie as night is from day, a brother who's going to show Charlie how to lighten up and have a little fun ... just like Dear Old Dad. And all of a sudden, life starts getting very interesting for Fat Charlie.

Because, you see, Charlie's dad wasn't just any dad. He was Anansi, a trickster god, the spider-god. Anansi is the spirit of rebellion, able to overturn the social order, create wealth out of thin air, and baffle the devil. Some said he could cheat even Death himself.
Since it came out nearly four years ago, I've been meaning to read this book. Okay, I've actually been meaning to read Neil Gaiman in general. I've only read Coraline and it scared the hell out of my middle-school self, but I have a ton more of his books on my TBR pile. And at $3 in the bargain section, how could I resist?
From the library, because I love my library: 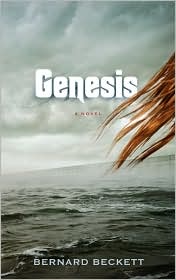 Genesis by Bernard Beckett
“‘Explain to us why you wish to enter The Academy.’”

Anaximander, a young Academy candidate, is put through a gruelling exam. Her special subject: the life of Adam Forde, her long-dead hero.

It’s late in the 21st century and the island Republic has emerged from a ruined, plague-ridden world, its citizens safe, but not free, and living in complete isolation from outside contact. Approaching planes are gunned down, refugees shot on sight.

Until a man named Adam Forde rescued a girl from the sea.

“Anaximander, we have asked you to consider why it is you would like to join the Academy. Is your answer ready?”

To answer that question, Anaximander must struggle with everything she has ever known about herself and her beloved Republic’s history, the nature of being human, of being conscious, and even what it means to have a soul.

And when everything has been laid bare, she must confront the Republic’s last great secret, her own surprising link to Adam Forde, and the horrifying truth about her world.
After the three-way discussion that Alea, Sharon, and Lenore had about this book, how could I not be interested in it? And dystopian lit? That's totally up my alley. I've begun reading this and it's great too. 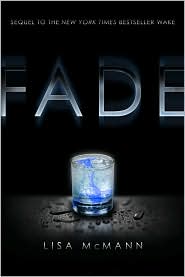 Fade by Lisa McMann
For Janie and Cabel, real life is getting tougher than the dreams. They're just trying to carve out a little (secret) time together, but no such luck.
Disturbing things are happening at Fieldridge High, yet nobody's talking. When Janie taps into a classmate's violent nightmares, the case finally breaks open — but nothing goes as planned. Not even close. Janie's in way over her head, and Cabe's shocking behavior has grave consequences for them both.
Worse yet, Janie learns the truth about herself and her ability — and it's bleak. Seriously, brutally bleak. Not only is her fate as a dream catcher sealed, but what's to come is way darker than she'd feared....
Some of you may remember my being less than impressed with Wake, the first book in the series. However, I told myself I'd give Fade a try. So here goes. 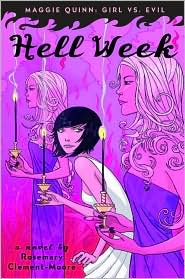 Hell Week (Maggie Quinn: Girl vs Evil, Book 2) by Rosemary Clement-Moore
MAGGIE QUINN IS determined to make her mark as a journalist. The only problem? The Ranger Report does not take freshmen on staff.

Rules are rules. But when has that ever stopped Maggie?

After facing hellfire, infiltrating sorority rush should be easy. It’s no Woodward and Bernstein, but going undercover as the Phantom Pledge will allow her to write her exposé. Then she can make a stealth exit before initiation. But when she finds a group of girls who are after way more than “sisterhood,” all her instincts say there’s something rotten on Greek Row. And when Hell Week rolls around, there may be no turning back.

If there is such a thing as a sorority from hell, you can bet that Maggie Quinn will be the one to stumble into it.
Need I really explain why I picked this one up? :)
Posted by Steph Su at 12:34 PM