Eden Unger Bowditch is the author of The Atomic Weight of Secrets or the Arrival of the Men in Black, recently published by Bancroft Press. Eden has been a major label alternative rock band singer in the nineties, an editor and nonfiction writer in the early 2000s, and now a children's book author living in Cairo, Egypt. Welcome, Eden, to Steph Su Reads! 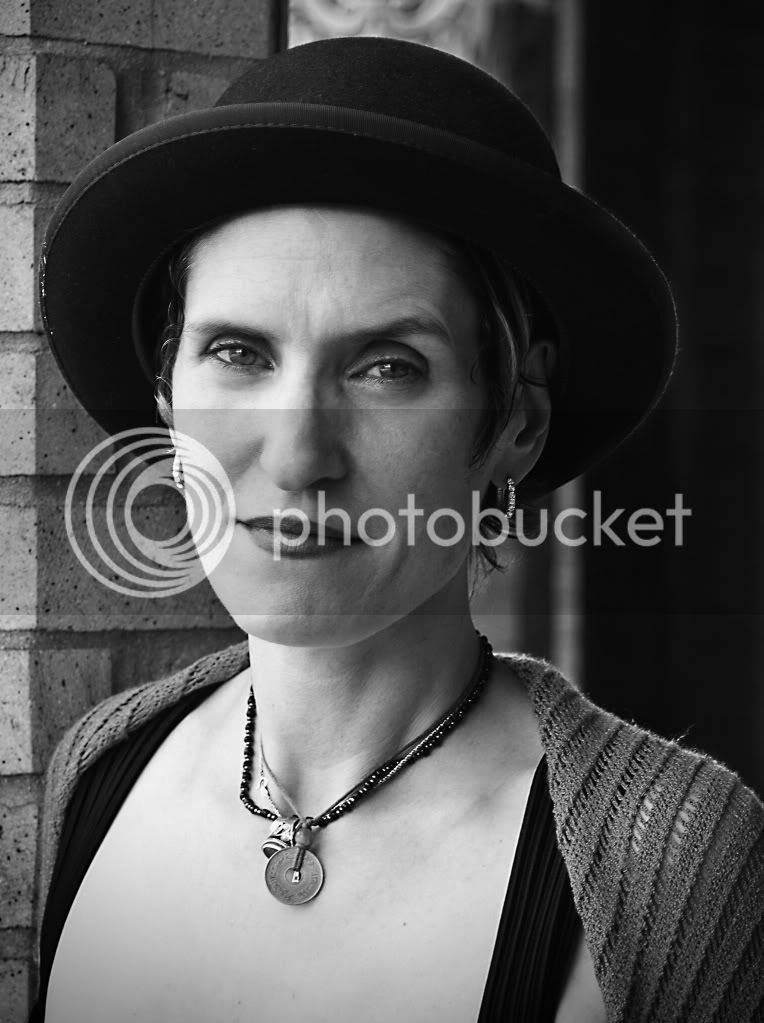 The World on a Page
Reading is one of the greatest pleasures in life. You get to run a visual scenario that weaves its way through the words on the page. For me, that’s pure magic, and it’s something you cannot get from a screen that offers you only someone else’s vision.

We’ve always had a rule in our house that the book must be read before the film can been seen. I find it disappointing much of the time when the film takes away my own imagination, which is linked to a story I’ve read. Lots of people feel the opposite—that seeing it on film somehow makes it more real. For me, unless the film is unbelievably fantastic, it steals from me. It takes away the magic I’ve created in my own brain.

In a weird way, the whole idea of what magic was a big inspiration for creating The Young Inventors Guild. At a time when every story had a magic wand or wizard holding one as its core element—not that I don’t love wizards and magic wands—I discovered a kind of disappointment. The magic we were all embracing must forever live in our imaginations, out of reach, out of reality. But magic is real! Look around at this amazing world with giant trees growing from tiny seeds and inventions that can make us fly or spin or float or stand on the moon. Magic is something within reach. And suddenly, like out of a weird haze, the children of The Young Inventors Guild began to appear . . . and then the whole story with it.

I am a total sucker for research. I love spending hours at the library, going through old dusty tomes and finding bits and pieces of history that become pieces of a puzzle I want to build. I love finding strange mysteries from the past that can lay the stage for stories. Writing fiction breaks the confines and limitations of reality, but historical fiction gives you a path along which you should be faithful. How you get there and what it means is all of your own invention. If I’m going to write about games played in 1903, it doesn’t matter if the characters are created on my page—the games need to be true to the age. When I am reading a story and the author clearly couldn’t be bothered to get the facts right, I feel cheated. It takes me out of that world and drops me back into this one, and it’s really hard to find the way back again. I feel like every tidbit I find in the past needs to be given a clean bill of truth before I offer it to readers. As a writer, I cannot imagine anything worse than walking through your world with your readers, and then looking over and realizing that you’ve lost them.

Getting to live in different cultures makes the world closer. I can bring aspects of those cultures into my writing, but I never do so lightly. It’s every writer’s responsibility, whether journalist, novelist, poet, or reviewer, to offer readers a chance to step into a fully formed world. That world might be war-torn Libya or a beach in Tahiti, a land of enchantment or a planet in a distant galaxy. You must have a clear understanding of that world, whether you’ve created it or simply learned to understand the world around you, because what you offer on the page will reflect the integrity you possess as a writer.

Beautifull said, Eden! I absolutely agree that writing is magic and that it is the writer's responsibility to create that magic. Thank you for stopping by today!

Synopsis of The Atomic Weight of Secrets:

In 1903, five truly brilliant young inventors, the children of the world's most important scientists, went about their lives and their work as they always had.

But all that changed the day the men in black arrived.

They arrived to take twelve-year-old Jasper Modest and his six-year-old sister, Lucy he with his remarkable creations and she with her perfect memory from their London, England home to a place across the ocean they'd never seen before.

They arrived to take nine-year-old Wallace Banneker, last in a long line of Africa-descended scientists, from his chemistry, his father, and his New York home to a life he d never imagined.

Twelve-year-old Noah Canto-Sagas, already missing his world-famous and beloved mother, was taken from Toronto, Canada, carrying only his clothes, his violin, and his remarkable mind.

And thirteen-year-old Faye Vigyanveta, the genius daughter of India's wealthiest and most accomplished scientists, was removed by force from her life of luxury.

From all across the world, they've been taken to mysterious Sole Manner Farm, and a beautiful but isolated schoolhouse in Dayton, Ohio, without a word from their parents as to why. Not even the wonderful schoolteacher they find there, Miss Brett, can explain it. She can give them love and care, but she can't give them answers.

Things only get stranger from there. What is the book with no pages Jasper and Lucy find in their mother's underwear drawer, and why do the men in black want it so badly? How is it all the children have been taught the same bizarre poem and yet no other rhymes or stories their entire lives? And why haven't their parents tried to contact them?

Whatever the reasons, to brash, impetuous Faye, the situation is clear: They and their parents have been kidnapped by these terrible men in black, and the only way they're going to escape and rescue their parents is by completing the invention they didn't even know they were all working on an invention that will change the world forever.

But what if the men in black aren't trying to harm the children? What if they're trying to protect them?

And if they're trying to protect them, from what?

An amazing story about the wonders of science and the still greater wonders of friendship, The Atomic Weight of Secrets or The Mysterious Men in Black, the first book of the Young Inventors Guild trilogy, is a truly original novel. Young readers will forever treasure Eden Unger Bowditch's funny, inventive, poignant, and wonderfully fun fiction debut.