If you're wondering why there seems to be an increase in the number of Cover Lust posts I post per month, it's because I can barely keep up with the slew of eye-catching covers I've been seeing lately! Check these beauties out! 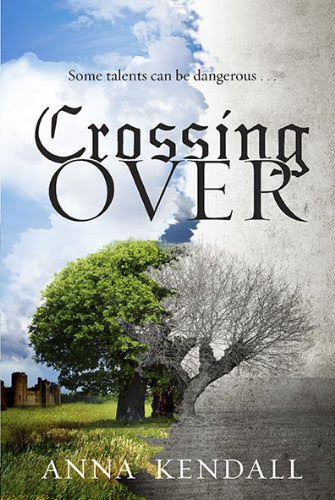 Whether it's a curse, or a blessing, or an ability, the fact remains: whenever Roger is injured or in enough pain he crosses over to the land of the dead. Once there, there are rules: only the newly dead will talk, for example, and nothing will raise the longer dead from their tranquillity.

There are rules in the land of the living as well; rules which would have Roger hanged for witchcraft if he was ever caught. But refusing to cross over isn't an option. His uncle depends on Roger to hide under the table in their fairground act, listen to the recently bereaved asking questions of their dear departed, and then cross over to find the answers. It's a hard way of life, made all the harder as his uncle's fists usually provide the trigger for Roger to cross over.

It's not the only way of life, though, and when Roger sees a chance to escape he fights for it - little knowing that love, loss, shocking revelations and, ultimately, war lie ahead of him.

Just because Roger can cross over into the land of the dead doesn't mean he wants to.

I've never really seen anything like this cover before. The contrast between the two sides of this image is so great it seems almost faked, or extremely reworked. But for some reason, it works for me. I like how the left side evokes almost like an false nostalgia for a rustic English countryside abode--contrasted with the right. Stark covers with limited colors are risky, but if done right, can be highly effective. I think the fact that such completely different images were fused together into one really caught my eye. 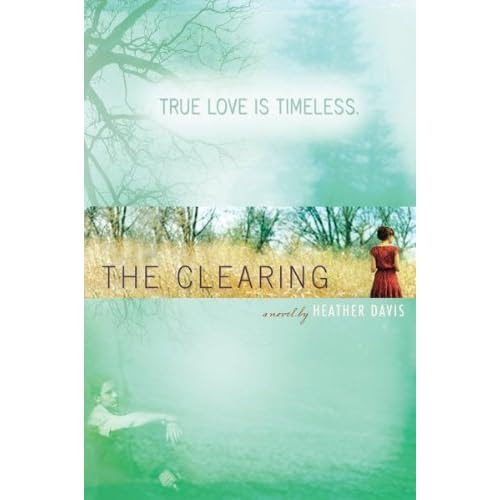 Amy, a sixteen-year-old recovering from an abusive relationship, moves to the country to start a new life with her aunt–all she wants is for everything to be different. In the clearing at the back of Aunt Mae’s property, she makes an amazing discovery—Henry, a boy stuck in the endless summer of 1944. Henry and his world become Amy’s refuge and she begins to learn that some moments are worth savoring. But when the past and present come crashing together, both of them must find the courage to face what is meant to be, even if it means losing each other forever.

This cover's been out for a while, and the first time I saw it, I was stunned. First of all, that pale bluish-greenish color? Yeah, total swoon. And you're probably getting an idea of now, I love blocked-image covers. The mistiness of the top and bottom section (part of one whole image, actually), cut through sharply by something jarringly different yet oddly "in line" with the foresty feel of the whole cover... This seems like something one would see on a DVD case, doesn't it? I like!

Katie Sandford has just gotten an interview at her favourite music magazine, The Line. It's the chance of a lifetime. So what does she do? Goes out to celebrate - and shows up still drunk at the interview. No surprise, she doesn't get the job, but the folks at The Line think she might be perfect for another assignment for their sister gossip rag. All Katie has to do is follow It Girl Amber Sheppard into rehab. If she can get the inside scoop (and complete the 30-day program without getting kicked out), they'll reconsider her for the job at The Line.

Katie takes the job. But things get complicated when real friendships develop, a cute celebrity handler named Henry gets involved, and Katie begins to realize she may be in rehab for a reason. Katie has to make a decision -- is publishing the article worth everything she has to lose?

This cover ran the risk of being too simple--but instead, it rocks. I love the almost harsh lighting, love that we can see every illuminated strand of the model's hair, every wrinkle and fold in her shirt and the sheets. And there's that cool bluish-greenish color again. It's almost lame that they matched the font color to the shirt so perfectly, but in keeping their font choice simple, I think the overall effect is striking. A definite pick-up in a store for me!

What do you guys think of these covers?
Posted by Steph Su at 1:00 PM