Earlier today I reviewed an extraordinary book called Every Little Thing in the World by Nina de Gramont. You know how, every once in a while, you stumble across an author whose writing skills blow all your preconceptions of the power of writing out of the water? Yeah, that's how I felt reading Nina's book. She accomplishes a depth of human complexity and ambiguity that I didn't even know were possible. Nina was gracious enough to answer my interview questions, so without further ado... Welcome, Nina, to Steph Su Reads!

1. Hello, Nina! Can you please tell us your one-line "sales pitch" for your novel?

As a long-winded person, I am terrible at one-line pitches! So if I may I’ll quote a description I love from another blog, Lauren’s Crammed Bookshelf. Lauren wrote, “Every Little Thing in the World is an emotional, enlightening, and fast paced tale of one girl's choice between what's right and wrong when it comes to her pregnancy and her.”

2. I'll let the answer evasion pass this time, because that quote is really a great one. :) What parts of Every Little Thing in the World were based on your own experiences?

When I was a teenager, I did go to a wilderness camp in Ontario that resembles Camp Bell in many ways. And, full disclosure here, it really was after a friend and I “borrowed” her parents’ car! We were younger – fourteen -- and thankfully neither of us was pregnant.

3. There is a huge variety of characters in your book. From where do you draw your inspiration for your characters?

Mostly they tend to be amalgams of people I’ve known. Sometimes I’ll take someone from a specific situation and then give him or her traits of another person. Silas, for example, shares traits with the actual counselor from my wilderness camp, who not only vanished before our eyes on the trip – I swear he lost five pounds per day – but wrote the most wonderful songs. There was one I remember so vividly all these years later, called “Evangeline.” I was dying to quote it when I wrote the book, but of course I couldn’t. In personality, though, Silas more closely resembles an old friend of mine, Mark Spitzer (who’s a wonderful writer, look up his books if you haven’t already discovered them).

Oh, and the incident with Bucket Head? My beloved friend Crawford Parr actually did that, he was spending the night at a campground and heard two men abusing a dog, so he offered them a hundred dollars for it, which they of course took. Very outdoorsy and heroic fellow, Crawford, there’s a good bit of him in Silas, too.

4. What made you decide to write Sydney's story?

So many reasons! I think, though, the pivotal moment was this article in the New York Times:

It addresses movies and television in particular, but the same thing applies to literature. Unplanned pregnancies are often depicted but the characters almost never even consider abortion. I felt it was important to write about a girl – a sensitive and smart girl -- who at least thinks about that choice as a possibility.

5. If you, like Sydney, had to be sent someplace for "reform," where would you be sent to?

Clearly I have fond memories of that Canadian lake, and I do believe wilderness puts the whole world into perspective. There’s nothing like fresh air and physical activity as far as stopping the noise in your head. This may sound like a weird comparison, but we have a one-year-old Lab who’s a total Marley, always misbehaving and getting into things. Yesterday we took her in a kayak out to a little island near our home, and she spent hours digging in the sand, and swimming, and running. Last night, what do you know, best behaved dog you can imagine. I think people are not much different: we were meant to be physical, to move, to have sun warming our skin and our bones. When we get that, we find peace on a very elemental level, and we transform. 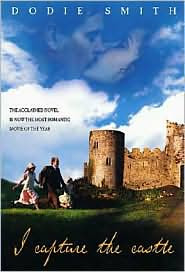 6. I really like that answer. :) Now, if you could only read one book over and over again for the rest of your life, which book would it be, and why?

Oh, great question. Tough question, too! It would be between Middlemarch by George Eliot, Jitterbug Perfume by Tom Robbins, Tender is the Night by F. Scott Fitzgerald, The Object of My Affection by Stephen McCauley, and I Capture the Castle by Dodie Smith. That’s cheating, isn’t it, to list all those books? In the end I would choose I Capture the Castle. Just thinking of that tile makes me feel happy. Girls, if you haven’t read that book, run run run and get it. You are in for the biggest treat.

7. Oh, I love Cassandra and just everything about that book! So how is writing for young adults different from writing for adults? Which parts are easier? Which are harder?

Except for choosing subject matter and point-of-view character, I don’t actually find it that much different; I think any author who did would find herself in trouble. The YA novels can be a little shorter, so that part’s easier. 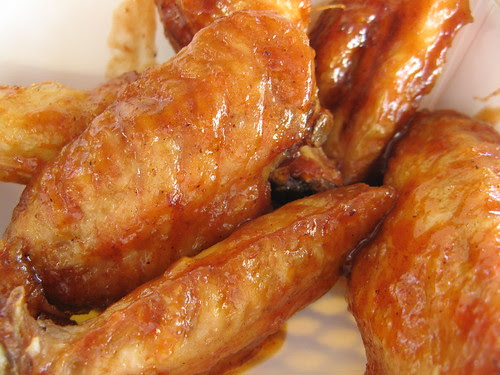 8. Very nicely put. Now, for fun: tell us one of your guilty pleasures.

Oh, alas, there are so many. Like books, I have a hard time choosing just one. I’m kind of hungry right now, so I’ll go with the Asian Zinger chicken wings from Buffalo Wild Wings. My husband went there last night and asked if I wanted him to bring some back. I said “No,” and he actually listened! I couldn’t believe it when he came home empty-handed.

9. And finally, what are some recent YA books you've read that you would recommend to others?

I thought After by Amy Efaw was wonderful. So smart and compelling and compassionate. There’s a wonderful book by Brian Mandabach called Or Not. And I was lucky enough to read an advanced copy of May-lee Chai’s new novel, Dragon Chica. It comes out in the fall; I’m not sure if it will be marketed as YA or adult, but either way it’s a wonderful cross-over.

Thank you so much, Nina! When you get the chance, do give Every Little Thing in the World a try. Most likely you will be astounded!
Posted by Steph Su at 1:30 PM