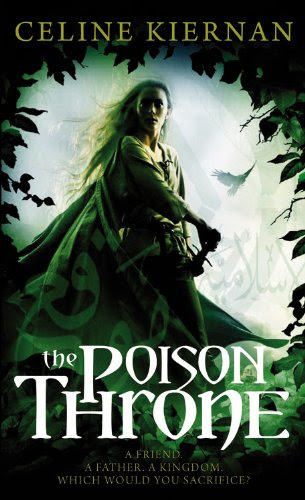 The Poison Throne (The Moorehawke Trilogy, Book 1) by Celine Kiernan
(Orbit / April 7, 2010)
This might be just me, but I've noticed that nearly every book that has the word "poison" in its title has a fantastic premise and cover. There is something about what "poison" implies, I think: danger, seduction, betrayal, romance. Swoon! Swoony swoony swoon. Doesn't this cover look so kickass? I love the model's stance (also love that she isn't boringly or passively pretty), the green, the title font... and oh yeah, did you catch a look at the tagline? This is one book I'd totally pick up on a whim. 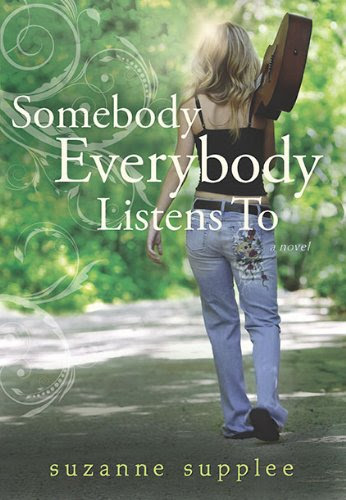 Somebody Everybody Listens To by Suzanne Supplee
(Dutton Juvenile / May 13, 2010)
This is so country/small town. And I LOOOVE country/small town. The lighting is slightly desaturated and thus gives off a relaxed vibe. I love the model's sloppy-but-still-together outfit and her nonchalant posture. I also think that the little translucent details on the left side are a nice little touch. A must-own! 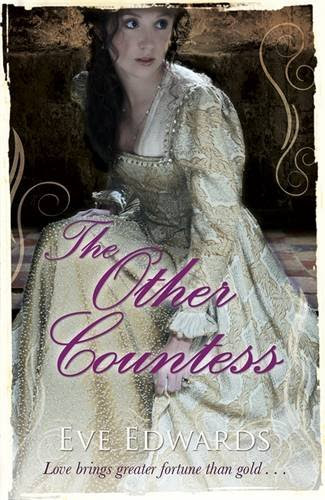 The Other Countess by Eve Edwards
(Puffin / July 1, 2010)
You can totally tell that it's historical fiction because it's so lavish, so lovingly textured. What kind of impression are we contemporaries making with our sloppy clothes, huh? This makes me half wish I were born in another century.

Crescendo (Hush, Hush, Book 2) by Becca Fitzpatrick
(Simon & Schuster / Nov. 16, 2010)
Well, probably most people have seen this already. I didn't think the cover of Hush, Hush could be topped, and while I still like the first more, this one comes really close! The two of them together would make for a great pair.

The Iron Daughter (Iron Fey, Book 2) by Julie Kagawa
(Harlequin Teen / Aug. 1, 2010)
I didn't quite like the cover for The Iron King, with its model facing forward, but somehow I like this one a whole lot more. Again, the designs around the face are well done and indicative of the scarily tangled (both literally and metaphorically) world in which they fey exist. And by the way, did I tell you that I finished The Iron King last night and CAN'T STOP THINKING ABOUT IT? And how it was one of the most fun and most wonderful faery books I have read in maybe ever? But now is not the time for my review. That comes laterrr... :)

Picture Perfect by D. Anne Love
(McElderry / Oct. 19, 2010)
So. Cool. The lighting. The way the silhouette bugs carve into the image. The placement of the title and author's name.

Butterfly by Sonya Hartnett
(Candlewick / Aug. 2010)
The left is the US hardcover, and the right is... I'm not quite sure. Maybe the UK or Aussie cover? They're so different, but I love them both. I like the lighting and the magical feeling of the butterfly on the left, but the one on the right reminds me a lot of the paperback cover for Cecelia Galante's The Patron Saint of Butterflies, which also has grass, that type of font, and just a very attractively relaxed feel. Which one do you prefer more? Solace of the Road by Siobhan Dowd
(David Fickling Books / Feb. 2009)
I'm fairly certain this is the UK cover for this book. I like it a lot more than the US one, because this one is a wonderful balance of flirtacious and whimsical. I don't usually like pink on a cover, but I think this cover uses it just right: not too much, not too little.
Posted by Steph Su at 11:12 AM