"Tru Luv" Teen Romance: Pulling YA Down One Genre at a Time?

The Book Lantern blog's recent post about YA dystopias, combined with the responses I have gotten so far to my YA lit questionnaire for teens (if you're a teen, you should read about that here and participate!), got me thinking about what it is about YA lit that doesn't work for me. It's been a while since I've been impressed by a YA paranormal romance, which I thought was just me being burnt out by the overabundance of YA paranormal romances that have been published ever since Twilight. But THEN, I started--and continued--to be underwhelmed by most of the recent bestselling YA dystopias. Wait a minute, Steph, I said to myself. This can't be just a sign of genre burnout! You LOVE dystopias! So what's going on??

I think this is what's been bugging me about the bestselling titles in these two genres (and in some ways this is going to sound terrible, but it's true): they all have love as their main conflict or theme. 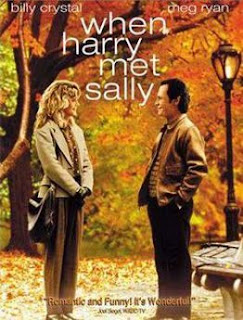 Look, I love love and romance. I love when it appears in literature, and movies, and, uh, well, life. (Maybe. The verdict is still out on the last one.) I love romantic stories and gestures of love. But I think it is safe for me to say that my life does not revolve around love. I do not exist simply in hopes of one day finding the guy I want to marry. I have other dreams too. And I bet that most other people feel this way.

(This is not to say that there aren't people out there who live just to fall in love and get married. They exist too. But I have not yet reconciled myself to the fact that theirs is a lifestyle that I would be willing to promote to others, and therefore, we're going to leave them out of this discussion for now.)

I get super irritated when a YA book portrays teen love as the be-all and end-all of all love ever in life. Do you know the percentage of teen relationships that DON'T last into and through adulthood? I don't, but I'll bet all of the books I own that it's a really, really, really high percentage. I'm not saying that teen relationships never blossom into fully mature and lasting relationships. There are a good number of people who end up with their high school sweethearts and have a wonderful relationship. And yes, when you're in love you can't help but think of the possibility that you might end up with your partner, the likelihood that he/she is The One for you. That's a pretty natural result of being in love. In the moment, a relationship may seem like perfection, something you want to hold on to forever.

I do not want to discount the fact that there are many YA stories out there with realistic romances. But I would like to see more bestselling YA books portray more variety in teen romance. I like a happy ending myself, and if I choose to imagine that the characters live happily ever after in love past the last page of the book, then great. But I DON'T want it to be pushed on me that these characters will be in love 4evah, that their lives cannot go on without the other, denying all possibility that, in fact, their relationship could have a very normal end in the future. That attitude is, quite simply, childish. It represents to me the kind of all-consuming infatuation that ends many relationships instead of preserving them.

"But YA lit is my escapism," some people argue to me. "I don't read YA lit to read about the literary equivalent of my own dull, normal, and unimpressive life." Fair enough, I say. (Although I also want to tell these people that YOU and you alone are the one who can make your life special and fascinating and wonderful. But that's another rant for another day.) I read books for escapism too. But I don't read ALL books for escapism, and I'm fairly sure that most people don't do that either. Oftentimes I read books because I want to get something out of it, whether I realize it or not. I turn to books for life advice, witty comments I can inject into real-life conversations (admit it: I can't be the only one who does this), effective ways to deal with serious issues. I turn to books to research how best to proceed in matters of human interactions as much as I turn to them for a wish-fulfillment portrayal of love.

I still like the paranormal genre. I do. And I still like dystopias. But I don't read dystopias for the romance. I'm much more a fan of the paranormal or dystopian story in which love does not make up the main plot. I'd rather read about the speculative fiction protagonist who slays the dragon, saves the community, overthrows the government, defeats the physical manifestation of evil, or whatever else they can do, AND gets the hot guy/girl somewhere along the process. Or, the protagonist who does all of that with the help of said eventual love interest, but hey! he/she didn't need the love interest's help to accomplish his/her goal, he/she was perfectly capable of doing it on his/her own, but it did make things easier, more enjoyable, more effective, etc.

This is opposed to, say, the bland everygirl protagonist who doesn't realize how little joy there was in her life until she meets Godlike EveryBoy (hey, look, oxymoron!), whose dimples, sparkling eyes, and enigmatic philosophical commentary on life bring scintillate her previously meaningless existence or open her eyes to everything that is wrong about her dull, dull, colorless world. First of all, it's heteronormative. Second of all, it's perpetuating outdated models of femininity that have encouraged females to think of their lives as incomplete and meaningless without the love of a strong man. Gack. Quick, pass me the nearest container so I can throw up, please. We live in the 21st century, people! Why are we still subliminally encouraging females to pull a Bella Swan and sum up the five months following her breakup with literal blank pages in a book until, miraculously, she is "brought back to a semblance of life" by--surprise, surprise--yet another strong, supernatural, protector-role guy? Why are books with these kinds of romantic plots the bestsellers?
I dislike when a story uses a subgenre to distinguish its tru luv teen romance plot. "It's a dystopian with romance!" the book will proclaim. Um, no. It's a romance set in a poorly conceived future world where the elements that typically trouble relationships--such as disapproving friends, geographic disparity, and finances--and the satisfaction one feels when a lasting romance overcomes all obstacles are tangibly represented by a Big Bad Wrong Social System and love's ability to open your eyes to said Big Bad Wrong Social System as well as all that is wrong with your world, your life, your dreams, you...whatever. These stories read to me as a pretty typical fictional romance, except that literally the entire world as the characters know it is against them. That doesn't make it dystopian for me. I think it's possible to write a dystopian love story, but I don't think anyone has done it yet, recently. 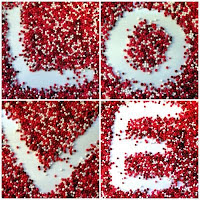 Although I believe really strongly in my stance that bestselling YA lit's on "tru luv" teen romances is limiting, I also recognize that it's a slippery stance to hold on to. Most of the people I've talked to about this issue feel similar to me, that they, too, are tired of the love-centric plots in lots of bestselling YA books. But whether you're a teen or not, when you're in love, of course you're going to resent anyone who tries to convince you that, uh, you're not really in love, it's just a passing phase. Furthermore, one appealing aspect of YA lit is that it takes teenage concerns and thoroughly explores them in a realistic, relatable, and nontrivializing manner. Loving and being loved is a big deal to teenagers. Why wouldn't it be a big deal--in fact, the biggest deal--in literature that is written for teens?

Furthermore, teens make it very clear that they don't want to be talked down to, and that controlling their access to "triggering" influences (e.g. book censorship) doesn't do anything, is in fact completely unnecessary, because almost all teen readers know that a book that discusses, say, suicide is not promoting suicide, nor will it increase their likelihood of committing suicide. So, following that logic, reading books that feature tru luv teen romance shouldn't necessarily increase teens' belief in the prevalence of real-life tru luv teen romance...right?

So what's the best way to approach the topic of teen love in literature? I'm not saying that we should all go out, grab the nearest teen, and shout in their face, "AH, YOUNG LOVE. IT'S NOT GOING TO LAST. DON'T GET TOO INVOLVED." Gosh. We've read about enough adults in YA lit who try that to know that this imposed rationale has no effect whatsoever on the teen in love. And I don't think that YA lit should preach to readers that the idea of true love sprouting from teen romances is impossible, because we know that sometimes that happens, and it's wonderful (see: high school sweethearts). I think that, basically, YA lit shouldn't preach at all, and should just portray as believably as possible the many different trajectories that teen romances can take... and all of these different portrayals should receive the same amount of attention and consideration. Instead of our bestselling YA lists being dominated by not so realistic, not so healthy portrayals of teen tru luv, there should be more of a mixture. Stories in which the romance is a swoony sideplot. Stories in which romance doesn't appear at all. Stories in which teens *GASPOMGTHENERVE* break up.

I just want the critical and commercial acknowledgment that there is not just one way to tell a teen love story.
Posted by Steph Su at 12:30 PM

Email ThisBlogThis!Share to TwitterShare to FacebookShare to Pinterest
Labels: discussion, YA love