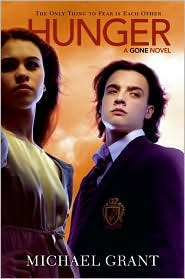 Hunger: a Gone Novel by Michael Grant
After the Thanksgiving weekend battle against Caine and the other snotty, rich, and troubled Coates Academy kids, the most pressing problem is... starvation. Due to a lack of supervision and authority, the kids--all 15 and under, as those over the age of 15 have disappeared mysteriously--are eating everything they want. Sam is under a lot of stress to keep it together, as he's generally looked upon as the leader. However, Caine is building up for another attack, Sam's friends are switching loyalties, and the mystery of why everyone older has disappeared continues to grow.
I really enjoyed Gone, the first novel in this purported six-part series (see my review here), and am looking forward to the sequel. Plus I think I am quite enamored of the cover. The brilliant bittersweet orange contrasts yet complements the blue tones of Gone's cover.
Hunger: a Gone Novel is being released in hardcover by HarperTeen on May 26, 2009. 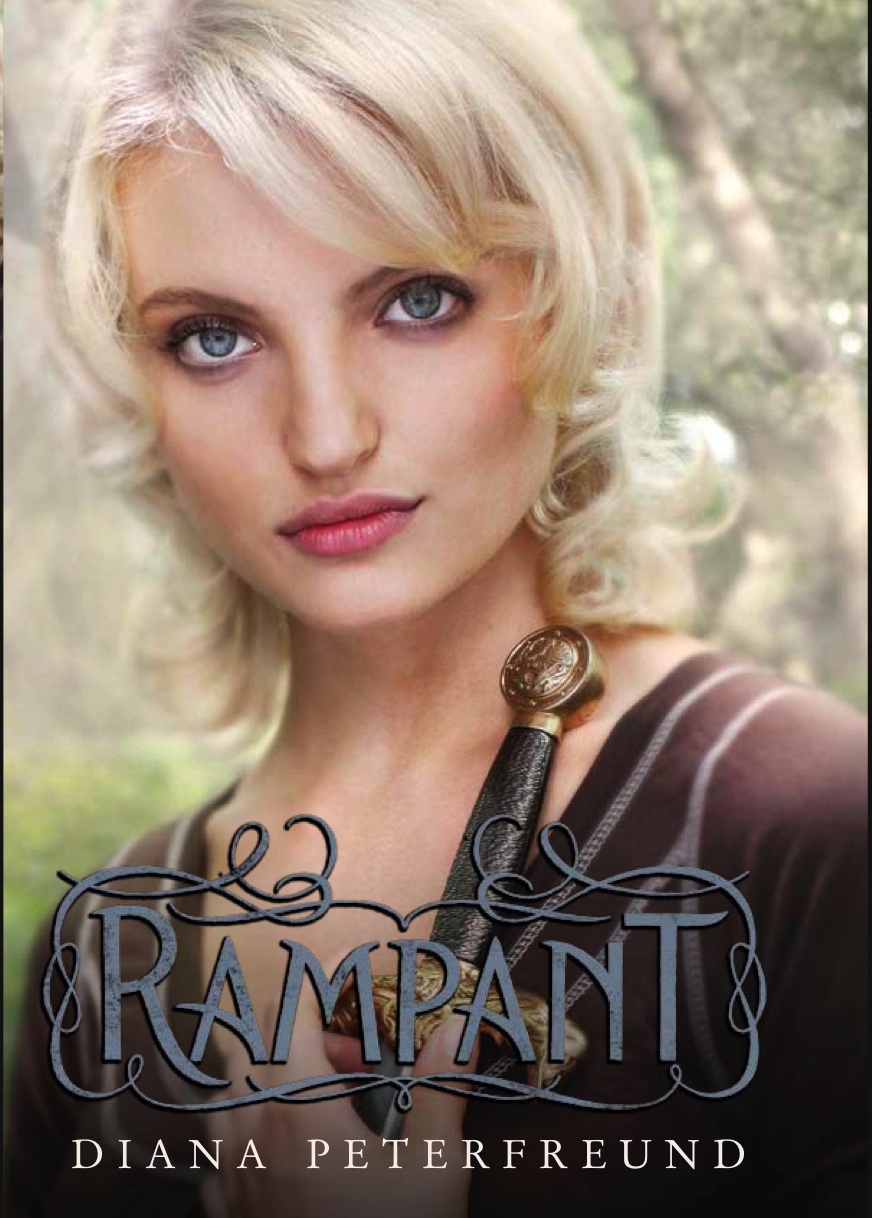 Rampant by Diana Peterfreund
There are not enough stories out there about unicorns. And killer unicorns? Nope, don't recall there being any in the market about them. How about killer unicorns who can only be killed by the virgin descendants of Alexander the Great?
That's the premise for Diana Peterfreund's outrageous next novel, the next step in her (hopefully prolific) writing career after the Ivy League novels (which are also great; see my review of Secret Society Girl here). Astrid Llewelyn, who once laughed at her mother's silly stories about unicorns, is forced to confront her heritage and destiny when a unicorn attacks her boyfriend.
I think this book is going to be fantastic. Diana Peterfreund tackling a thoroughly original plot with her normal dose of strong and intriguing characters, wit, and creativity... what more could you ask for?
Rampant is being released in hardcover by Harper Collins on--oh, whoa!--May 26, 2009. Two good books to snatch up as soon as I can find them in the library, then..
-
What books are you waiting for this Wednesday?
Posted by Steph Su at 9:41 AM