In My Mailbox is hosted by Kristi at The Story Siren (idea created indirectly by Alea!).

Me, the Missing, and the Dead by Jenny Valentine 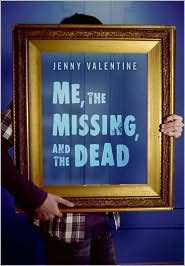 Me: Lucas Swain—I'm nearly sixteen years old and live in London. I was fairly normal until the night I found Violet. Then everything changed.

The Missing: Dad. He disappeared five years ago. Nobody knows what happened to him, and nobody cares except me. It's enough to drive you crazy.

A dead lady may not be much to go on, but my dad's out there somewhere, and it's up to me to find out where. 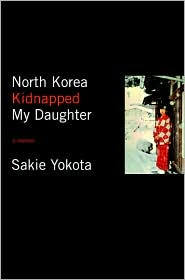 On November 15, 1977, 13 year-old Megumi Yokota disappeared without a trace while on her way home from school. Twenty years later a newspaper revealed she was abducted by North Korean operatives and was still in North Korea. Megumi and at least 13 others were taken from coastal cities in Japan during the 1970s and 80s, shoved into holding cells on spy vessels, and shipped off to North Korea to train agents in Japanese culture and customs. The perpetrators of the Korean Air Flight 858 bombing in 1987 posed as Japanese nationals thanks to such training.

North Korea Kidnapped My Daughter is Sakie Yokota’s memoir of the last 30 years without her daughter. Her resounding faith is inspirational as is her unfaltering determination to repatriate Megumi. Mrs. Yokota vividly recounts the horrifying panic when Megumi went missing and the entire ordeal of her daughter’s absence. 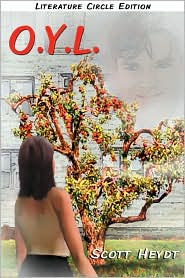 Sent by the author himself for me! Yay! Thanks, Scott! I'll be reading this and putting up a review soon.


Hope everyone had a nice, book-filled week as well! I'll be updating soon with how my weekend of swimming conferences went. It's good news, but I'm glad to be back! :)
Posted by Steph Su at 11:59 AM